RTA will provide technical and financial support for the scheme and address the traffic diversions.

Dubai’s Roads and Transport Authority (RTA), in collaboration with the General HQ of Dubai Police, has expanded the scope of the Traffic Incidents Management Initiative to include 15 highways and key streets in Dubai extending 425 kilometres over the next three years.

The step follows the huge success of the trial operation of the initiative, which contributed to reducing secondary injury-related accidents, improving traffic flow, and considerably speeding up the clearance of vehicles affected by accidents in line with top international practices.

Mattar Al Tayer, Director-General, Chairman of the Board of Executive Directors of the Roads, and Transport Authority, said, “The Traffic Incidents Management scheme is undertaken by the RTA in collaboration with the GHQ of Dubai Police, Dubai Municipality, Traffic Prosecution, Civil Defence Directorate, and the Dubai Corporation for Ambulance Services. 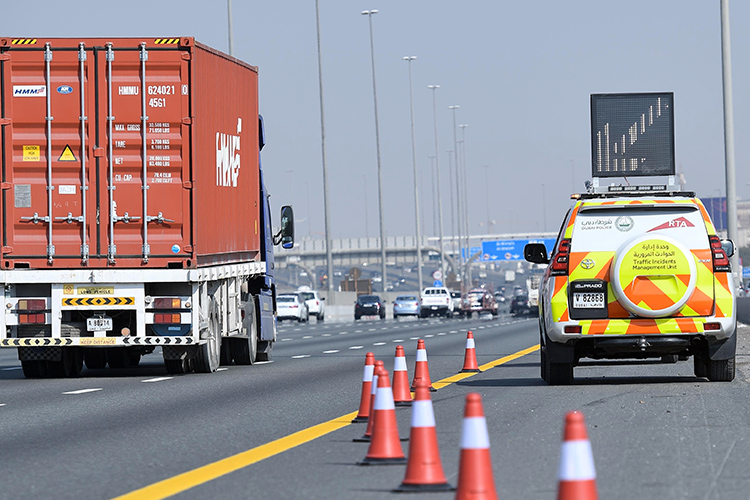 It ensures rapid intervention to remove vehicles involved in minor traffic accidents or breaking down on roads, ease the traffic congestion, streamline the traffic at accident sites, and cut the time of clearing vehicles involved in accidents. It also avoids the triggering of secondary accidents due to sudden congestion, and supports Dubai Police in managing traffic and providing alternative routes during severe accidents.”

“The selection of roads was based on several criteria such as the intensity of traffic, especially during peak hours, and the high number of accidents and broken vehicles on the roads,” Al Tayer explained.

“We have identified several central points for positioning rapid intervention vehicles on highways and key roads to ensure the arrival of vehicles to the site of incidents on these roads within 10 minutes. The Traffic Incidents Management Unit will cater to the broken vehicles and the rapid management of traffic incident sites. 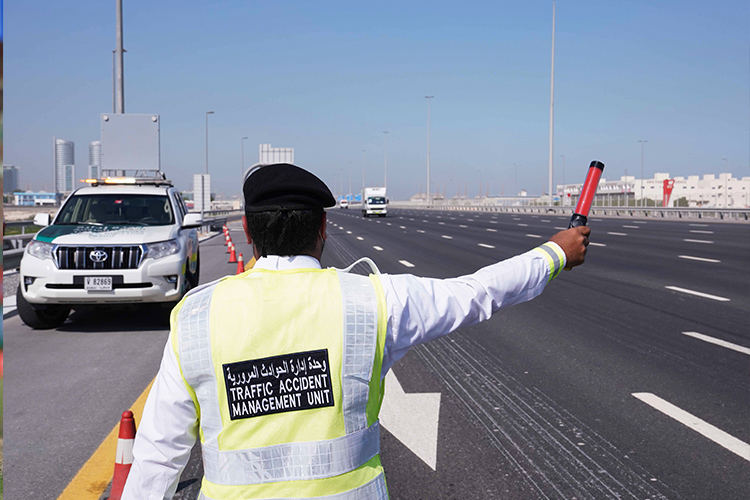 “It will handle minor incidents that do not require the attendance of police officers, clear vehicles involved in accidents or broken down and restore traffic to normal. The unit will also assess the damage inflicted on the infrastructure from incidents, compile reports, make traffic diversions at the incident site and the surrounding roads network, and assist road users. It will also support the Dubai Police during severe accidents, protect parked vehicles, and provide traffic support during events,” he elaborated.

Lieutenant General Abdullah Khalifa Al Marri, Commander-in-Chief of Dubai Police, said, “Operating the Traffic Incidents Management in Dubai follows the strategic partnership between Dubai Police and the Roads and Transport Authority, to establish a solid and an integrated structure that supports the future visions of the Emirate.