Smoke rises from the Metallurgical Combine Azovstal in Mariupol during shelling in Mariupol, Ukraine. File/AP

In what would be its biggest victory yet in the war with Ukraine, Russia claimed to have captured Mariupol after a nearly three-month siege that reduced much of the strategic port city to a smoking ruin, with over 20,000 civilians feared dead.

There was no immediate confirmation from Ukraine.

Russia’s state news agency RIA Novosti quoted the ministry as saying a total of 2,439 Ukrainian fighters who had been holed up at the steelworks had surrendered since Monday, including over 500 on Friday. 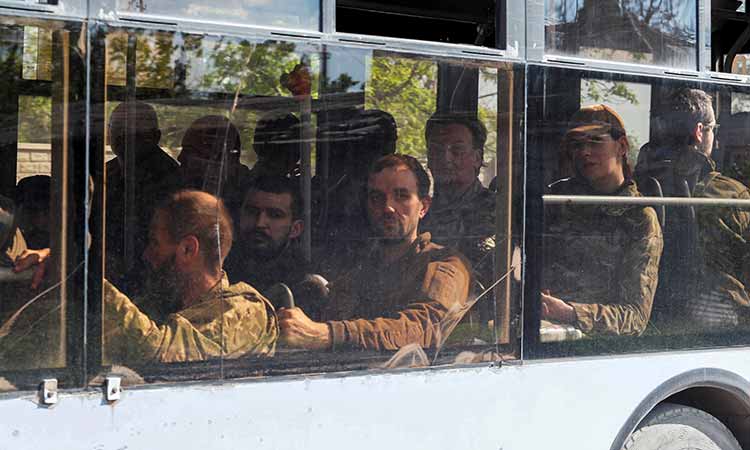 A bus carries service members of the Ukrainian armed forces, who surrendered, in Mariupol on Friday. Reuters

As they surrendered, the troops were taken prisoner by the Russians, and at least some were taken to a former penal colony. Others were said to be hospitalized.

The defense of the steel mill had been led by Ukraine’s Azov Regiment, whose far-right origins have been seized on by the Kremlin as part of an effort to cast its invasion as a battle against Nazi influence in Ukraine. Russia said the Azov commander was taken away from the plant in an armored vehicle.

Russian authorities have threatened to investigate some of the steel mill’s defenders for war crimes and put them on trial, branding them “Nazis” and criminals. That has stirred international fears about their fate.

The steelworks, which sprawled across 11 square kilometres (4 square miles), had been the site of fierce fighting for weeks. The dwindling group of outgunned fighters had held out, drawing Russian airstrikes, artillery and tank fire, before their government ordered them to abandon the plant’s defense and save themselves. 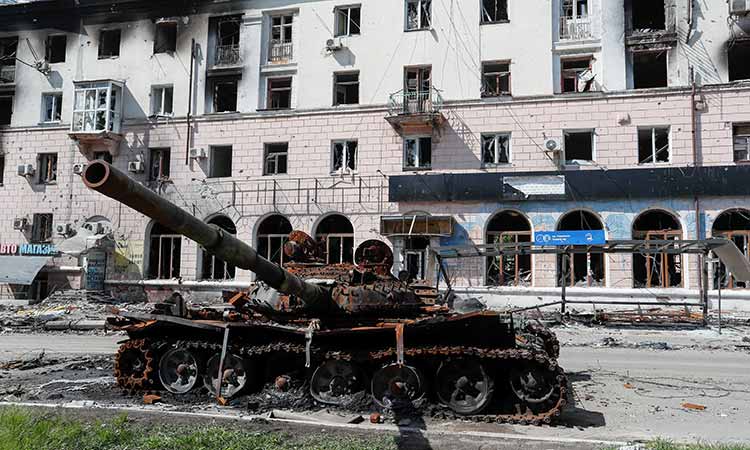 A view shows a tank, which was destroyed in the southern port city of Mariupol, Ukraine, on Friday. Reuters

The complete takeover of Mariupol gives Putin a badly needed victory in the war he began on Feb. 24 — a conflict that was supposed to have been a lightning conquest for the Kremlin but instead has seen the failure to take the capital of Kyiv, a pullback of forces to refocus on eastern Ukraine, and the sinking of the flagship of Russia’s Black Sea fleet.

Military analysts said Mariupol’s capture at this point is of mostly symbolic importance, since the city was already effectively under Moscow’s control and most of the Russian forces that were tied down by the fighting there had already left.

In other developments Friday, the West moved to pour billions more in aid into Ukraine, and fighting raged in the Donbas, the industrial heartland in eastern Ukraine that Putin is bent on capturing. 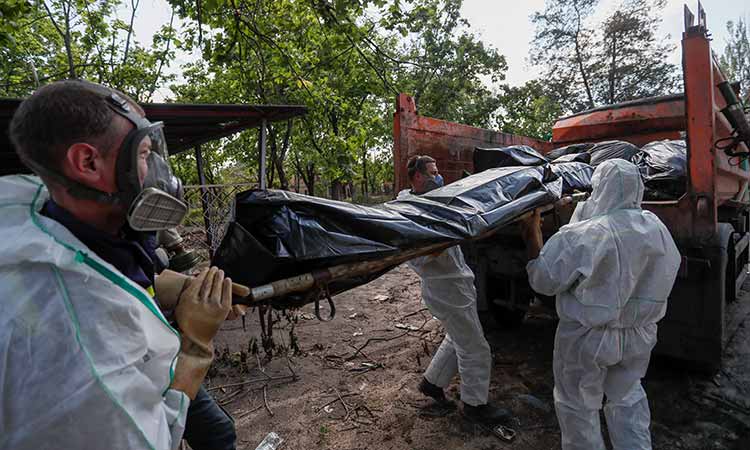 Russian forces shelled a vital highway and kept up attacks on a key city in the Luhansk region, hitting a school among other sites, Ukrainian authorities said. Luhansk is part of the Donbas.

The Kremlin had sought control of Mariupol to complete a land corridor between Russia and the Crimean Peninsula, which it seized from Ukraine in 2014, and free up troops to join the larger battle for the Donbas. The city’s loss also deprives Ukraine of a vital seaport.

Mariupol endured some of the worst suffering of the war and became a worldwide symbol of defiance. An estimated 100,000 people remained out a prewar population of 450,000, many trapped without food, water, heat or electricity. Relentless bombardment left rows upon rows of shattered or hollowed-out buildings.

A maternity hospital was hit with a lethal Russian airstrike on March 9, producing searing images of pregnant women being evacuated from the place. A week later, about 300 people were reported killed in a bombing of a theater where civilians were taking shelter, although the real death toll could be closer to 600. 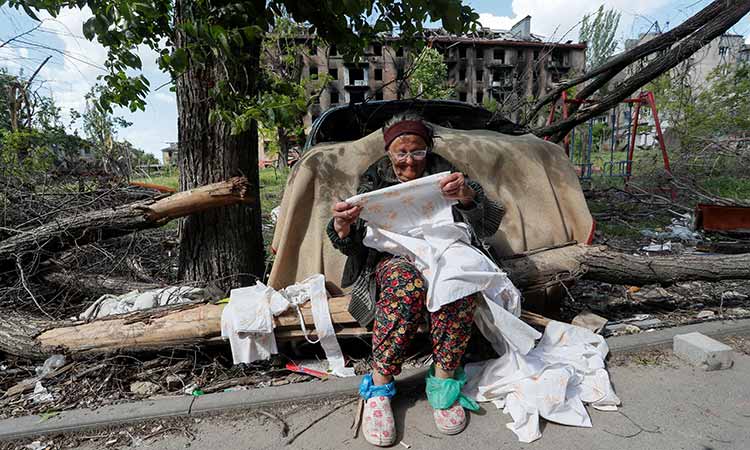 A local resident sits in a courtyard near a block of flats heavily damaged in Mariupol, Ukraine. Reuters

Satellite images in April showed what appeared to be mass graves just outside Mariupol, where local officials accused Russia of concealing the slaughter by burying up to 9,000 civilians.

Earlier this month, hundreds of civilians were evacuated from the plant during humanitarian cease-fires and spoke of the terror of ceaseless bombardment, the dank conditions underground and the fear that they wouldn’t make it out alive.