The US and Germany pledged to send Ukraine some of the most advanced weapons yet for shooting down aircraft and knocking out artillery as Russian forces waging a grinding offensive in the east on Wednesday closed in on capturing a key city.

US President Joe Biden announced on Wednesday a new $700 million weapons package for Ukraine that will include high mobility artillery rocket systems, which can accurately hit targets as far away as 80km.

“The United States will stand with our Ukrainian partners and continue to provide Ukraine with weapons and equipment to defend itself,” Biden said in a statement. 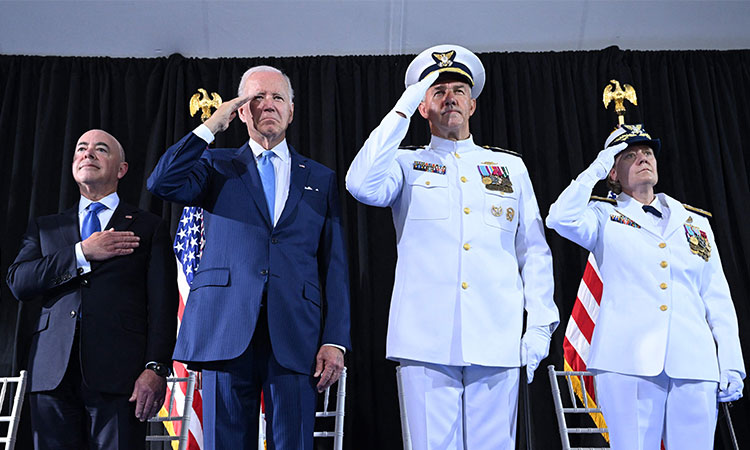 Biden announced the plan to give Ukraine precision HIMARS rocket systems after receiving assurances from Kyiv that it would not use them to hit targets inside of Russian territory. Biden imposed the condition to try to avoid escalating the Ukraine war.

Germany said it will supply Ukraine with modern anti-aircraft missiles and radar systems.

The US is trying to strike a balance by helping Ukraine battle ferocious Russian artillery barrages while not providing weapons that could allow Ukraine to hit targets deep inside Russia and trigger an escalation of the war.

‘FUEL TO THE FIRE’

Kremlin spokesman Dmitry Peskov accused Washington of “adding fuel to the fire,” saying “such supplies” did not encourage Kyiv to resume peace talks.

Russian Foreign Minister Sergey Lavrov said Ukraine’s push for more weapons is a “direct provocation intended to draw the West into the fighting.” He warned that the multiple rocket launchers would raise the risk of an expanded conflict. “Sane Western politicians understand those risks well,” he said. 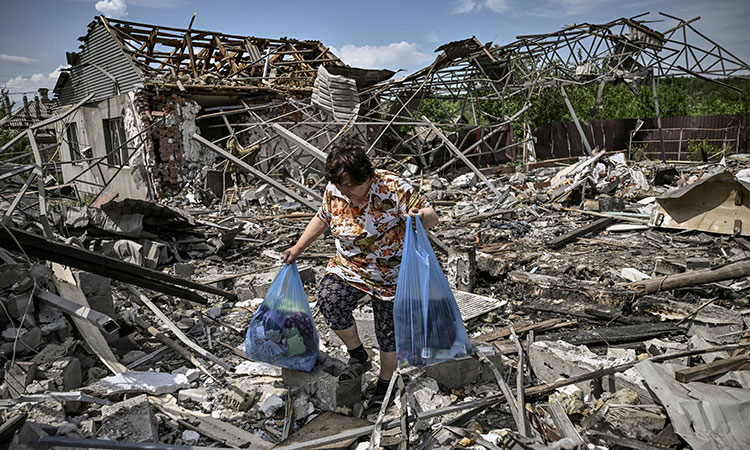 A man walks amid rubble after a strike destroyed three houses in the city of Slovyansk. AFP

Western arms have been critical to Ukraine’s success in stymieing Russia’s much larger and better-equipped military, thwarting its effort to storm the capital and forcing Moscow to shift its focus to the industrial Donbas region in the east.

But as Russia bombards towns in its inching advance in the east, Ukrainian President Volodymyr Zelensky has repeatedly pleaded for more and better weapons and accused the West of moving too slowly.

“I’m sure that if we receive all the necessary weapons and strengthen the efficient sanctions regime we will win,” he said.

The new arms could help Ukraine set up and hold new lines of defense in the east by hitting back at Russian artillery pieces that have been battering towns and cities and by limiting Russian airstrikes, said retired French Gen. Dominique Trinquand, a former head of France’s military mission at the United Nations.

The weapons announcements came as a regional governor said Russian forces now control 70% of Sievierodonetsk, a city that is key to Moscow’s efforts to complete its capture of the Donbas, where Ukrainian forces and Russian-backed separatists have fought for years and where the separatists held swaths of territory even before the invasion. 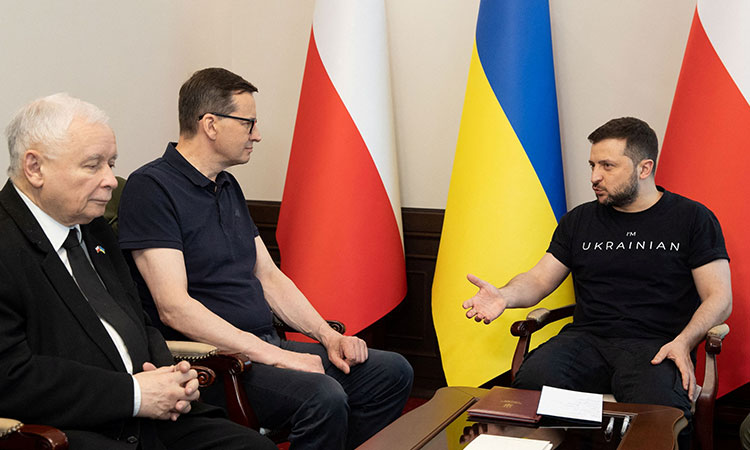 EU leaders agreed this week to ban most Russian oil imports but played down the prospects of shutting off Russian gas on which many member states are hugely dependent.

Moscow said a “reorientation” was under way to find alternative destinations for its oil, as it moved to “minimise the negative consequences.”

The sanctions are biting — a panel of investors said on Wednesday Russia has failed to pay $1.9 million of accrued interest on a sovereign bond.

And Russian energy giant Gazprom said its gas exports to countries outside the former Soviet Union dropped by more than a quarter year-on-year between January and May after losing several European clients.

Russia has sought to get around sanctions by demanding payment for gas in rubles, cutting off countries that refuse.