The Pakistan government under Prime Minister Shahbaz Sharif has passed the Elections Amendment Bill 2022, removing the use of Electronic Voting Machines (EVM) in general elections, and also disallowing at least 9 million overseas Pakistanis from having the right to vote.

The Imran Khan government had incorporated these amendments in the Elections Act unilaterally without taking the then opposition on board.

The Amendment was proposed in the Election Act 2017, which was previously amended and allowed overseas Pakistanis the right to vote through the Electronic Voting Machines in the general elections.

The National Assembly passed the Elections (Amendment) Bill 2022 on Thursday, which seeks to remove the use of EVMs in general elections and disallow overseas Pakistanis from voting.

Parliamentary Affairs Minister Murtaza Javed Abbasi presented the bill and Law Minister Azam Nazeer Tarar said it was of immense significance. He said the PTI government had made several amendments to the Elections Act, 2017, including those which allowed the use of EVMs and granted overseas Pakistanis the right to vote in general elections. 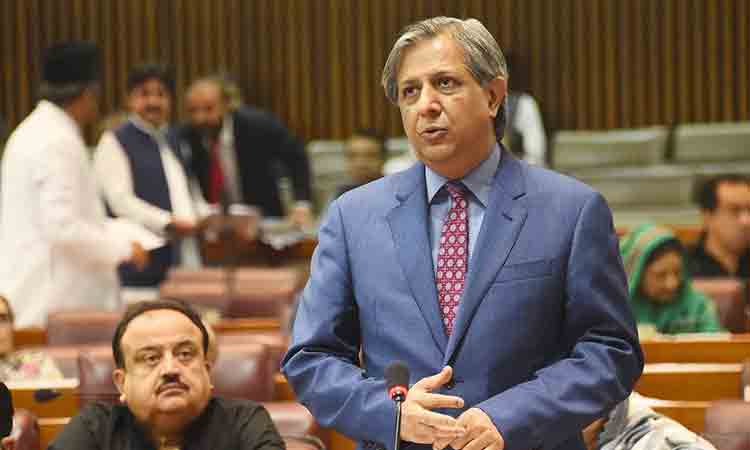 It is a one-sided affair in the National Assembly as the PTI lawmakers have resigned and have not returned to the legislature since former prime minister Imran Khan was ousted through a no-confidence motion.

The speaker has not yet accepted the resignations of the PTI lawmakers and has announced that he would call them one by one to ascertain whether they have actually quit. He has written letters to them including Imran Khan. A number of them want to retain their seats while Imran is determined about the resignations of his legislators.

Meanwhile, the PTI has strongly criticised the move and termed it a “regressive and condemnable act” of the government.

Taking to Twitter, PTI vice-chairman Shah Mahmood Qureshi said, “PTI gave over 9 million Overseas Pakistanis the right to vote. Today, this band of thieves and thugs removed this, disenfranchising a staggering number of Pakistanis and barred the use of electronic voting machines.”

For years, Imran Khan campaigned for the use of EVMs and giving the voting right to the overseas Pakistanis, but he always failed to evolve an across the board parliamentary consensus to pass these amendments.
As per the latest approved amendments, Section 94 of the Election Act 2017, the Election Commission of Pakistan (ECP) may conduct pilot project for voting by overseas Pakistani in by-elections to ascertain the technical efficiency, secrecy, security and financial feasibility of such voting and shall share the results with the government, which shall, within 15 days from the commencement of a session of a house after the receipt of the report, lay the same before the house of parliament.

“We only have concerns about the misuse of technology as a Results Transmission System had failed in last general elections to favour a particular political party,” said Tarar.

While the decision has flared up widespread criticism over the government’s alleged fear that overseas Pakistanis will be voting in favour of their arch political rival Imran Khan in the coming elections; government benches dispelled the notion stating that intention behind the approval of bill is not targeted at overseas Pakistanis.

Use of EVMs has been in testing phase by the Election Commission of Pakistan (ECP). However, with lack of internet connectivity in many parts of the country, the utility and use of EVMs within the country is also a matter of concern for the government.

“EVMs were being used across the world and Pakistan should at least try using them. If not the whole country, then use them in some areas,” said Ghous Baksh Mehr from opposition party Grand Democratic Alliance (GDA) during the parliament session.