Even as politicians began sparring over the killing of Punjabi rapper and celebrity Sidhu Moosewala on Sunday evening, people from the entertainment industry reacted to the death with shock and disbelief. 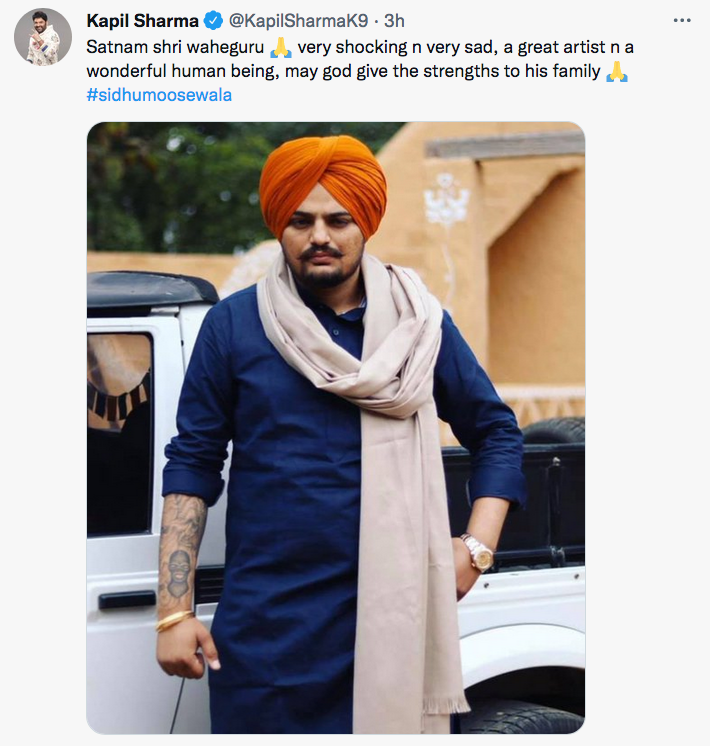 Music composer and singer Vishal Dadlani called it a “sad day.” VJ and actor Rannvijay Singha expressed his shock in a tweet, where he wrote, “Shocking news about #sidhumoosewala, can’t believe it.”

In less than 24 hours after his security was withdrawn by the government, Sidhu Moosewala was shot dead by gangsters close to his ancestral village in Mansa in Punjab, police said. He was 27 years old.

He was travelling in his vehicle when the assailants fired at the singer and his two friends. He was taken to a nearby hospital where he was declared dead.

Born on June 17, 1993, Shubhdeep Singh Sidhu, professionally known as Sidhu Moosewala, hailed from the village Moosewala in Punjab’s Mansa district. He held a degree in electrical engineering and was often seen to be openly promoting a gun culture and glorifying gangsters in his provocative songs.