His Highness Sheikh Humaid Bin Rashid Al Nuaimi, Supreme Council Member and Ruler of Ajman, covered the tuition fees of outstanding student Dina Ahmed Abbas Fayez, who received a grade of 99.14 per cent in the general high school examinations despite being classified among the people of determination.

Sheikh Humaid made this announcement on Wednesday while receiving Fayez and her family at the Emiri Court, in the presence of Sheikh Ammar Bin Humaid Al Nuaimi, Crown Prince of Ajman.

Sheikh Humaid said that students’ support underscores the UAE’s approach to honouring outstanding talents, encourages future generations and creates the appropriate environment for them to achieve their aspirations. 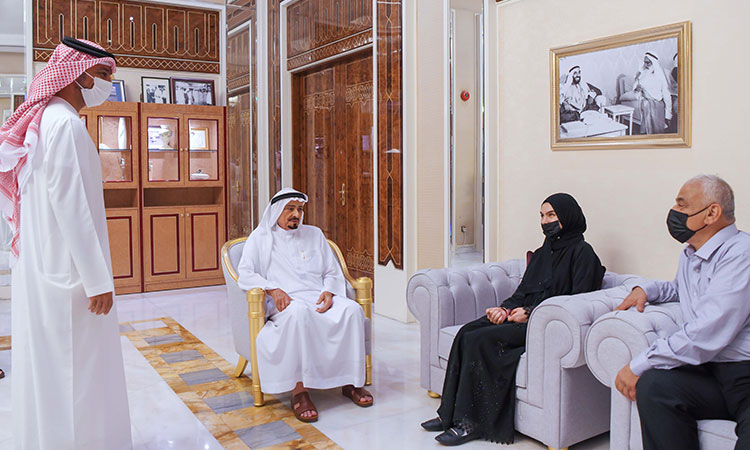 Sheikh Humaid and Sheikh Ammar during the meeting with Dina Ahmed and her father. WAM

Dina Ahmed Fayez’s father thanked the Ajman Ruler for his noble gesture and his ongoing support for students, while noting that this is part of His Highness’ legacy.

Fayez and her mother also thanked Sheikh Ammar, highlighting their happiness at his initiative.