Sheikh Sultan chairs the meeting of the American University of Sharjah’s Board of Trustees on Sunday. Twitter photo

His Highness Dr Sheikh Sultan Bin Mohammed Al Qasimi, Supreme Council Member and Ruler of Sharjah, and President of the American University of Sharjah (AUS), on Sunday chaired the meeting of the university’s Board of Trustees. 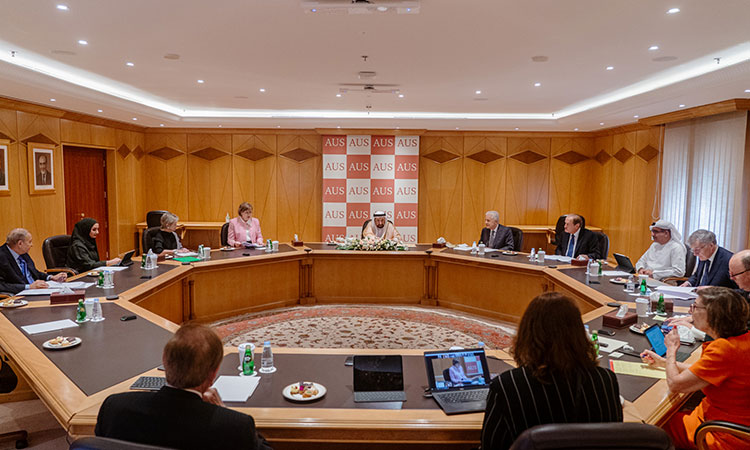 AUS board members praise Sheikha Naamah and her family for their support. WAM

The board approved the university’s operating budget for the next academic year, a budget of Dhs100 million as financial aid for research, and adopted a new policy for spending on scholarships and research. The council also approved promoting several university faculty members and renewing their contracts.