Following recent meetings with publishers in Bogota and Buenos Aires, IPA President Bodour Al Qasimi, continued her Latin America engagements with a visit to São Paulo where she participated in a day-long event marking the launch of the Brazilian edition of PublisHer – a platform designed to foster greater gender diversity, solidarity and equality of opportunity in the country’s publishing sector. Building on the success of the initiative worldwide, PublisHer was launched in Brazil to empower female publishers to be part of a larger community, to inspire new ideas, partnerships, and initiatives addressing diversity and inclusion in the industry.

In a fireside chat held during the launch, the IPA President stated that the network would help address the many gender-based inequities and inclusion challenges including career mobility and gender pay gap.

Another key engagement during her time in Brazil was to meet with the region’s publishing stakeholders at the Brazilian publisher’s conference which took place ahead of the São Paulo International Book Fair. 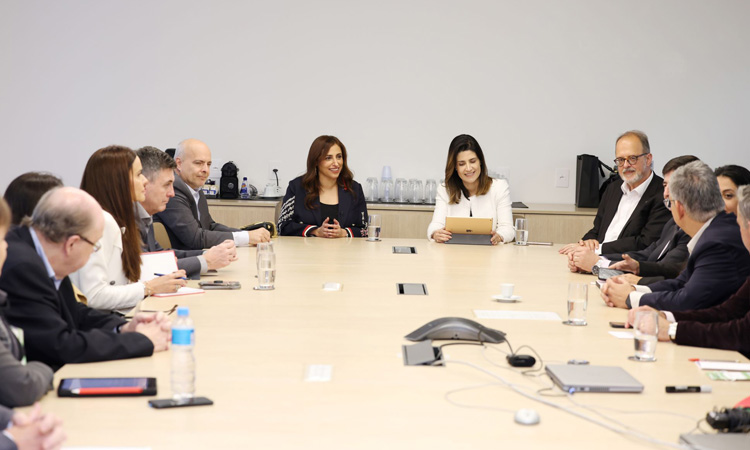 The IPA President called on publishers and booksellers to stand in solidarity, remain focused, and apply a diversity of skills to drive their success.

The IPA President also met with members of the three publishing associations in Brazil – CBL, SNEL and Abrelivros, to discuss how the IPA can support them.

She stressed the importance of capitalising on the opportunities presented by having the Brazilian Karine Pansa as the incoming president of the IPA in enhancing the visibility of Brazilian publishers globally. 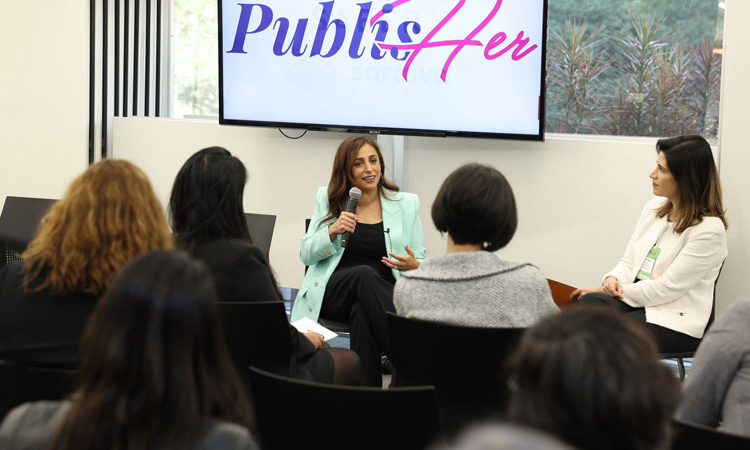 Sheikha Bodour has an animated fireside chat with Karine Pansa.

At a roundtable hosted at the book fair titled, “New Libraries, New Readers”, Bodour joined panelists from Colombia and Brazil in a dynamic exchange of ideas during which she shared the UAE’s experience of infusing new vision and fresh strategy to develop the House of Wisdom into a modern gateway to knowledge, culture, and learning.

The IPA President also touched upon the vital role of libraries in connecting communities, especially in developing countries and crisis environments.