Protesters from the city of Atbara cheer upon arriving at the Bahari station in Khartoum, Sudan. File/AFP

Sudanese protesters are gearing up for mass anti-coup rallies on Wednesday to mark the anniversaries of historic events that toppled Sudanese autocrats, most recently president Omar Al Bashir three years ago. 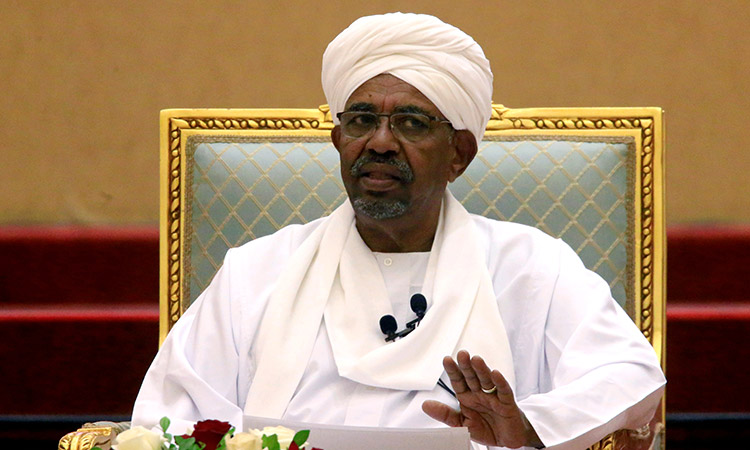 The protests have been planned for April 6, which coincides with the anniversary of a 1985 popular uprising that toppled president Jaafar Nimeiri after years of harsh rule.

It also marks the third anniversary of the beginning of a mass encampment outside the army headquarters in Khartoum, the culmination of months of protests demanding an end to Bashir’s three decades in power.

Bashir was ousted on April 11, 2019 by senior military officials.

Protesters then kept up the sit-in to demand civilian rule, but in June that year it was violently dispersed by men in military fatigues.

At least 128 people were killed in a crackdown that lasted for days, according to medics.

Civilian and military leaders later agreed on a transition toward civilian rule, but Sudan’s latest coup in October upended those plans.

Sudanese protesters have since been taking to the streets seeking to bring down the coup. In recent weeks, activists have ramped up online calls for Wednesday’s protests, using hashtags such as “the storm of April 6” and “the earthquake of April 6”. “It is an important day… so we expect many to take to the streets despite the heat and Ramadan,” said Badwi Bashir, a protester from Khartoum. “We just want to bring down the coup and end the prospect of any future coups.”

Jaafar Hassan, a spokesman for the Forces of Freedom and Change (FFC) — an umbrella civilian alliance whose representatives were ousted from positions of power in the October coup — said April is “the month of victories for the Sudanese”.

“We have to defeat the coup… We have to get out of this crisis,” Hassan told a press conference last week.

Since the takeover, military leaders have been moving to tighten their grip on power, rounding up prominent civilian leaders and reversing appointments made during the transition.

“We want a unified front,” said Hassan. “We have tried a partnership with the military and it failed, ending in this coup, and we shouldn’t do this again.”

On Saturday, Burhan said he will only “hand over power to an honest, elected authority, accepted by the all the Sudanese people”.

At least 93 people have been killed and hundreds wounded in the crackdown on the anti-coup protests, according to medics.

Since the coup, Sudan’s already ailing economy has suffered severe blows, as Western donors cut crucial aid pending the restoration of a transition to civilian rule.

Prices of food, fuel and basic commodities have soared, in large part due to the deepening economic crisis since the military takeover. 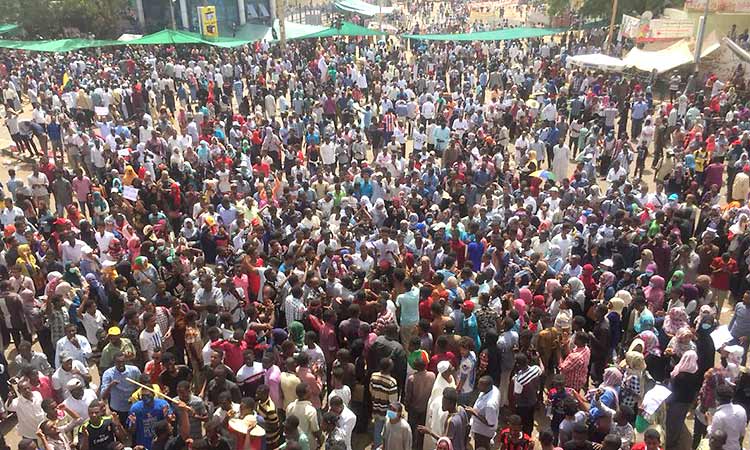 Demonstrators rally in front of the military headquarters in Khartoum, Sudan, on April 10, 2019. File/AFP

Crime and lawlessness have increased as violence in remote areas of Sudan has intensified, particularly the restive Darfur region, according to the United Nations.

Darfur was the scene of a bitter conflict in 2003 under Bashir, who is wanted by the International Criminal Court over accusations of atrocities in the region.

On Tuesday, the ICC began the trial of Ali Muhammad Ali Abd-Al-Rahman, an ally of Bashir, over his role in the conflict.

The UN has warned of growing humanitarian needs and food insecurity in Sudan.

Last month, the World Food Programme said that the number of Sudanese facing acute hunger would double to more than 18 million by September 2022.

On Friday, Burhan threatened to expel UN special representative Volker Perthes, accusing him of “interference” in the country’s affairs after Perthes warned of the deepening crisis in Sudan during a UN Security Council briefing.

Perthes’ mission, UNITAMS, along with the African Union and the regional bloc IGAD, have agreed on joint efforts to facilitate Sudanese-led talks in a bid to resolve the crisis.