Narendra Modi congratulates Droupadi Murmu after she was elected as new president in New Delhi on Thursday. Reuters

A woman from India’s tribal minority, Droupadi Murmu, was elected as the country’s president on Thursday with the backing of the ruling party, making her the first person from the marginalised community to occupy the top post.

Murmu, who is from the Santhal tribe, secured the largely ceremonial position with the support of more than half the electorate of MPs and state legislators, partial results released by the election commission showed.

More than 4,500 state and federal lawmakers voted in the presidential election on Monday and ballots were counted on Thursday. Murmu’s victory was assured as she was backed by Prime Minister Narendra Modi’s ruling Bharatiya Janata Party (BJP), which dominates federal and state politics.

“A daughter of India hailing from a tribal community born in a remote part of eastern India has been elected our President!” Modi said on Twitter.

Murmu, 64, was nominated by BJP for the post. Modi tweeted to congratulate Murmu, saying her “exemplary success motivates each and every Indian.”  “She has emerged as a ray of hope for our citizens, especially the poor, marginalised and the downtrodden.” 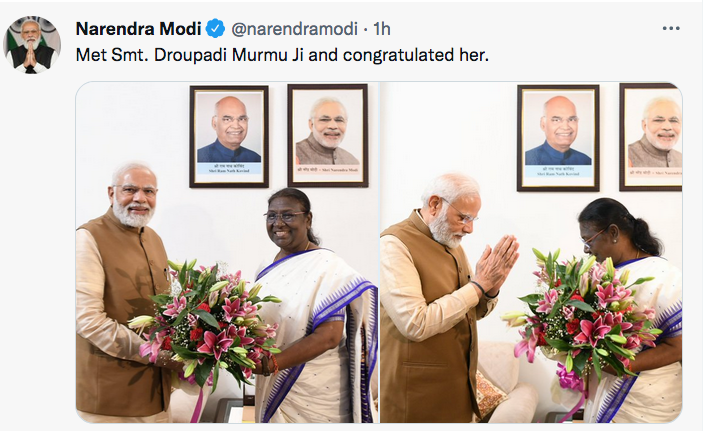 Her closest rival, the opposition-backed Yashwant Sinha — an ex-member of the BJP and former finance and external affairs minister, also tweeted his congratulations.

“India hopes that as the 15th President of the Republic she functions as the custodian of the Constitution without fear or favour,” Sinha wrote.

Murmu will be the country’s second woman president after Pratibha Patil, who held the position for five years from 2007, and succeeds Ram Nath Kovind, the second president from the Dalit community, the bottom of the Hindu caste system. 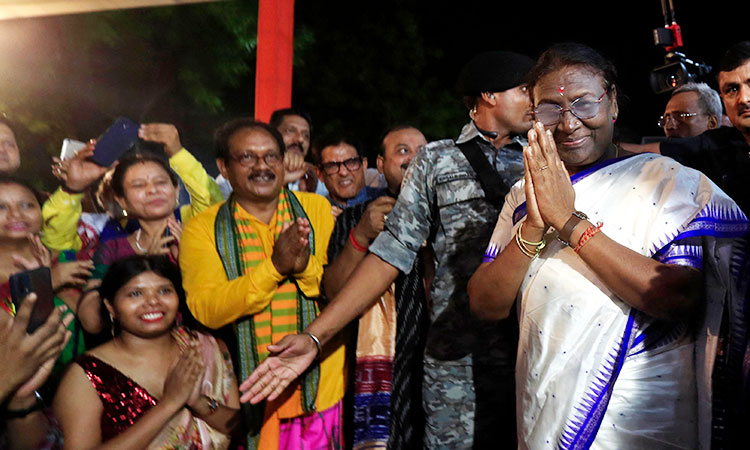 Droupadi Murmu arrives at her temporary residence to greet her supporters. AFP

Born in Mayurbhanj district in the eastern state of Odisha, the president-elect began her career as a schoolteacher before joining politics. She has held ministerial positions in the state government, and been governor of the neighbouring state of Jharkhand.

“As a tribal woman from remote Mayurbhanj district, I had not thought about becoming the candidate for the top post,” she told reporters soon after her nomination this month. 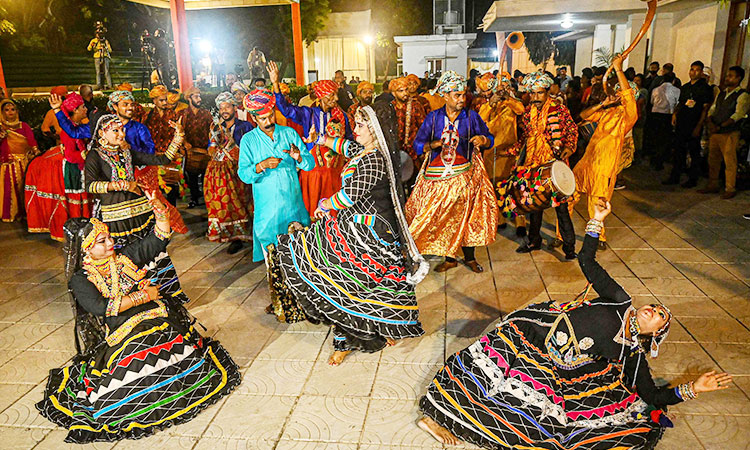 Folk dancers perform at the temporary residence of Droupadi Murmu after she was elected as new president. AFP

Murmu’s win was considered a certainty because of the strength of the ruling BJP and its allies in the parliament and state assemblies. But the post is largely ceremonial and her election is not expected to make significant practical difference to the tribal community, which has long been relegated to the margins of society. 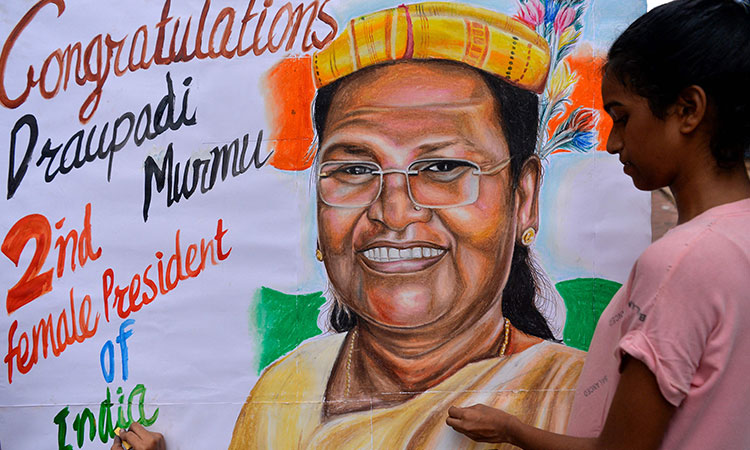 An art school student gives final touches to a painting of Droupadi Murmu in Mumbai. AFP

“We’ve been on the road fighting for tribal rights since the 90s,” activist Dayamani Barla told AFP. “Whatever agenda the BJP… has to place a politician from a tribal community in the post of the President, she will only be able to do anything if she is allowed to use her pen.”

The prime minister and the cabinet wield executive powers in India, although the head of state can send back a few parliamentary bills for reconsideration and also helps in the process of forming governments. 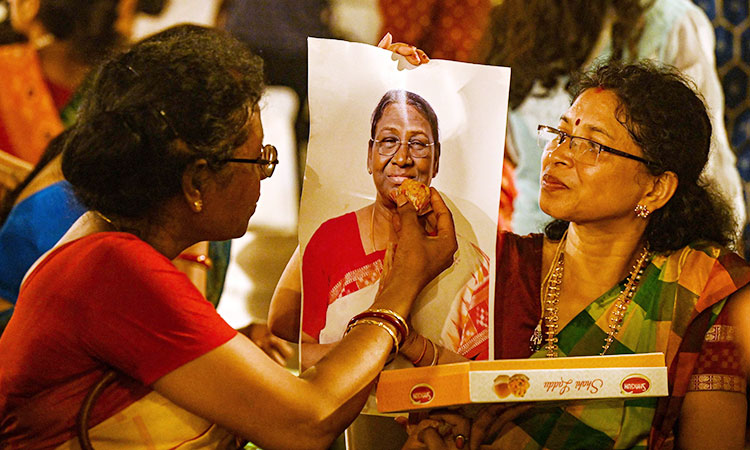 A BJP worker touches sweets to a picture of Droupadi Murmu at her temporary residence in New Delhi. AFP

“Sitting on the seat is not as big a deal as much as it is having the power to actually use your position,” said Barla.