A combo image shows Leila Mohammed is being kicked in the face.

The Turkish authorities have arrested a young Turkish man who assaulted a 70-year-old Syrian woman Laila Muhammad in Gaziantep.

A video recording circulated on social media, documented the moments of the Turkish youth assaulting the woman and kicking her in the face, under the pretext that she “kidnaps children.”

The youth has been identified as Sakir Cakir.

A few hours after the incident, the governor of Gaziantep issued a statement, saying, “The person who kicked the woman has been detained by the Public Prosecutor’s Office.”

The statement indicated that the deputy governor visited the woman at her home in the area, according to local media.

The statement added that the assailant had several criminal records related to drugs and theft.

As soon as the video came to the light, social media users were sympathizing with the Syrian woman, and showing solidarity. 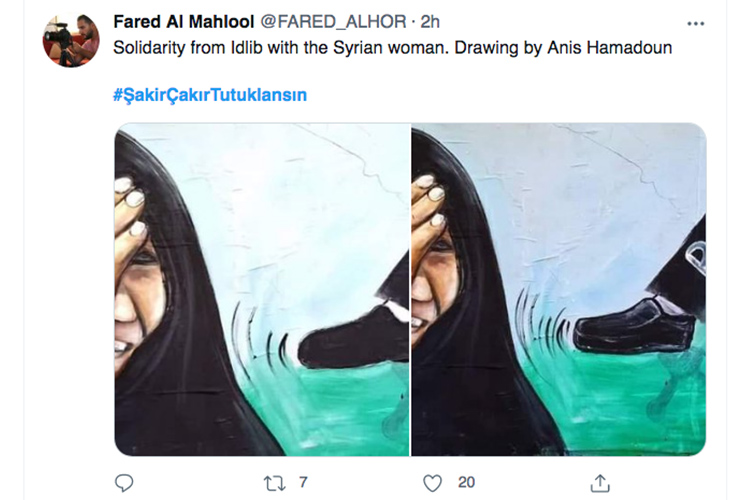 Ali Abu Hawaa wrote on Twitter, “Solidarity with our mother and hundreds of thousands of Syrians in Turkey…”

Syrian journalist Ahmed Primo: That kick did not hit our heads, as some say, in the context of our whipping or lamenting our humiliation.

That kick came from us, we only insulted our silence on incitement and allowing others to use us as a political card. 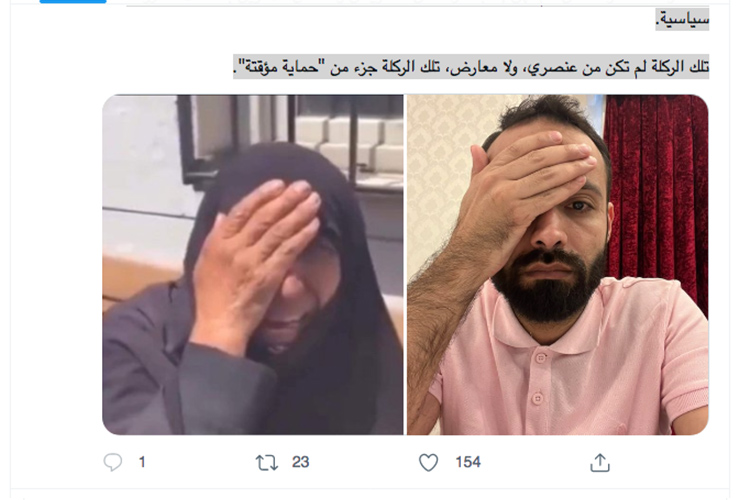 That kick was not from a racist, nor an opponent, that kick was part of “temporary protection.”

Kawthar Qshqosh said, “Activists launch a campaign of solidarity with the elderly Syrian woman, Laila Muhammad, who was assaulted by a Turkish youth.”

Osama Hadba: Solidarity with our mother and hundreds of thousands of Syrians in Turkey. 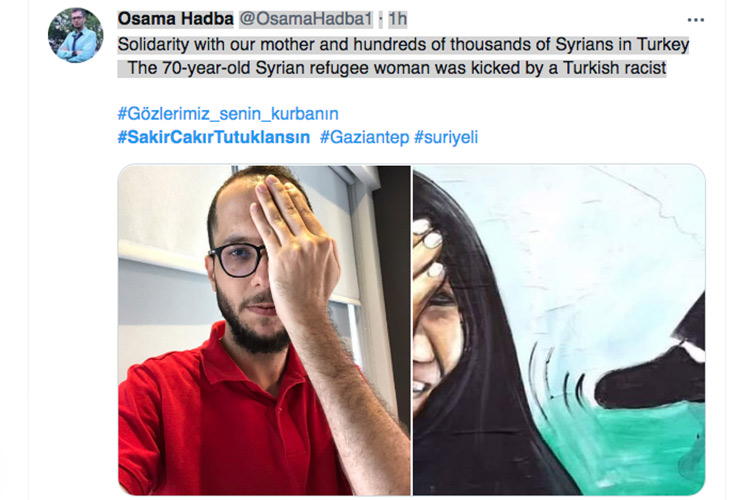 The 70-year-old Syrian refugee woman was kicked by a Turkish racist.”

From time to time, attacks against Syrian refugees in Turkey occur, in light of the increasing hate speech against them spread by Turkish opposition parties, which use the Syrian refugee card to mobilize their supporters in the upcoming presidential elections. 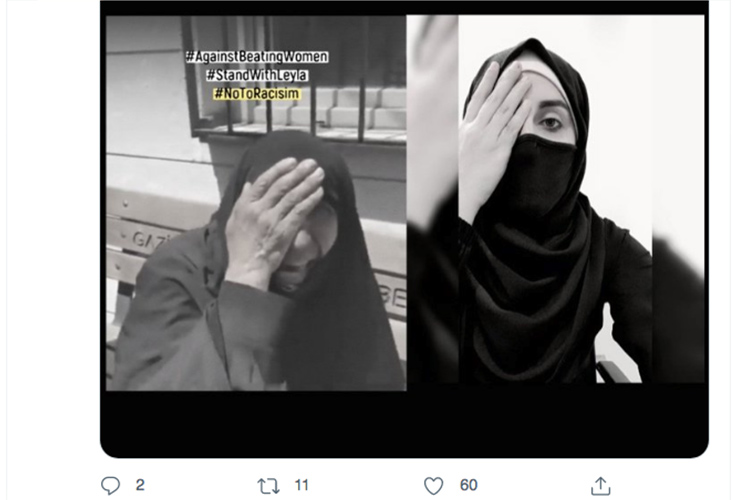 The former official spokesperson for the High Commissioner for Refugees in Turkey, and one of the most prominent advocates for the rights of Syrians in Turkey, Metin Çorabatır stressed that calls and threats to deport Syrians violate one of the most important provisions of the Universal Declaration of Human Rights, which is “the right to live without fear”, because of the fears they cause for Syrians.

Syrians are still refugees from an international human rights perspective.