The damaged vehicles at the site of the accident in Dubai. Courtesy Dubai Police

Two men died and three others were injured in four traffic accidents on Monday, the director of the Dubai Traffic Police has revealed.

Brigadier Saif Muhair Al Mazrouei, Director General of the Traffic Department at Dubai Police, said the accidents happened due to violations of traffic laws, including speeding and not leaving a sufficient distance. 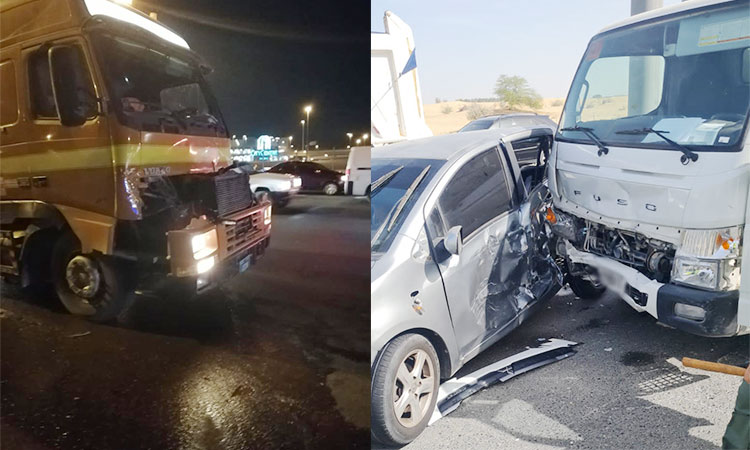 The damaged trucks and a car at the accident sites in Dubai on Monday. Supplied photo

“The first accident occurred last Monday on Emirates Road near Tripoli Bridge Abu Dhabi-bound. It involved three vehicles whose drivers failed to maintain a safe distance.” “The accident left one severely injured, who was rushed to the hospital for immediate medical attention,” he explained.

Brig. Al Mazrouei further explained that the second accident happened the same day between a motorcycle and a lorry on Dubai-Hatta Road near Lehbab roundabout.

“Both motorists did not adhere to the safe-distance regulation between the vehicle, and as a result, the motorcyclist died of fatal injuries,” Brig. Al Mazrouei confirmed. 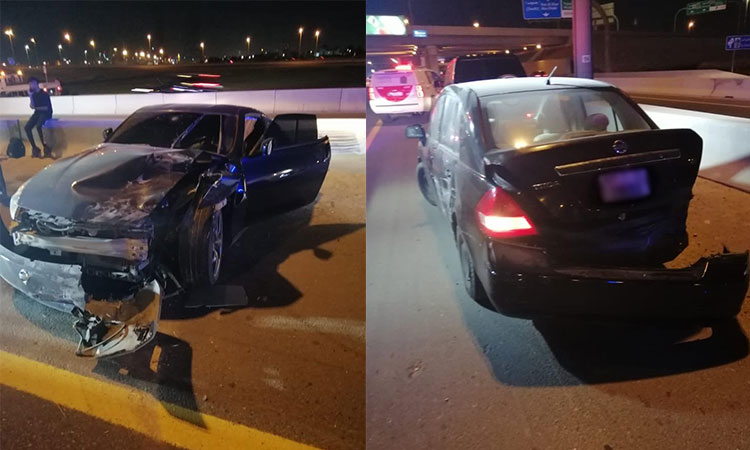 “Another accident happened between a lorry and four light vehicles on Sheikh Mohammed Bin Zayed Road, Abu Dhabi-Bound in front of City Centre Mirdif.” The accident happened due to speeding and driving recklessly and left one person severely injured,” he continued.

The director of Dubai Traffic Police said that a man was also killed in a run-over accident on Dubai-Hatta Road. He noted that the accident happened when the pedestrian was jaywalking, crossing the road from an undesignated area.

“The man was reported dead on the scene due to his severe injuries,” Brig. Al Mazrouei confirmed.

The Acting Director of Dubai Traffic Police warned against excessive speeding, improper overtaking, sudden swerving, and distracted driving. He also urged public members to abide by traffic laws and regulations at all times, as these are vital to protecting the lives of road users and properties.