Police were on Saturday investigating the murder of two Pakistani-Spanish sisters as an “honour killing,” a brutal patriarchal practice that sees women put to death for bringing “shame” on their families.

Police in the eastern city of Gujrat said they are investigating the murder of Aneesa Abbas, 24, and Arooj Abbas, 21, as the latest in a grim litany of honour killings.

A spokesman told AFP both were seeking separation from their Pakistani husbands and were lured back from Spain to Gujrat where they were strangled and shot on Friday night.

“The family created a story to convince them to come to Pakistan for a couple of days,” said Gujrat police spokesman Nauman Hassan.

“Preliminary investigations show this is a case of honour killing, but it is still developing and the investigation is ongoing,” he added. 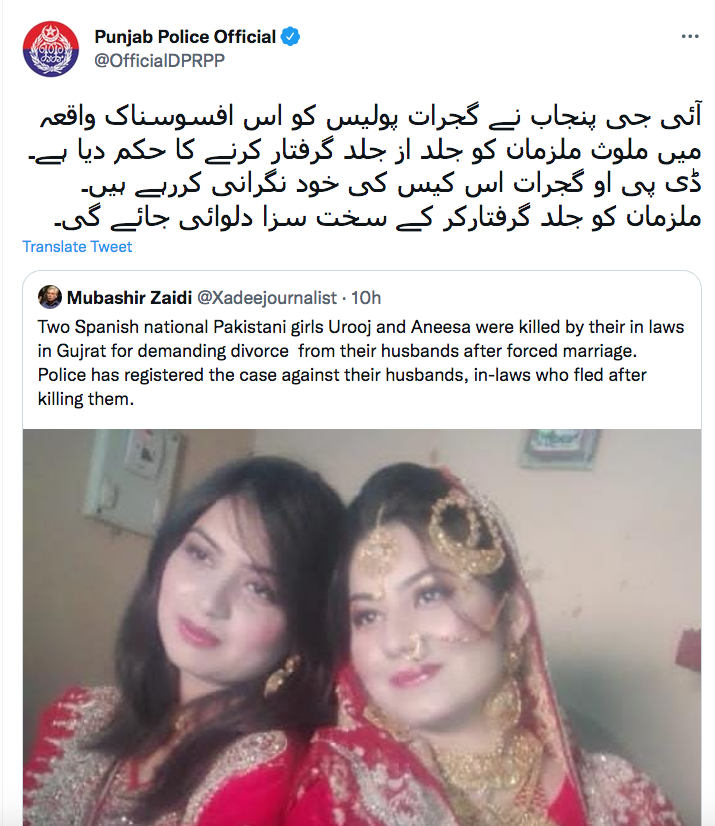 Police also said the women were being “pressurised” by their spouses — who were also their cousins — to aid their emigration to Spain. Seven members of the sisters’ family are currently wanted for murder.

The Spanish embassy in Pakistan could not be reached for comment on Saturday.

Entitlements to education, reproductive rights and the choice of who to wed are all curtailed by the practice. There were more than 450 honour killings last year, according to the Human Rights Commission of Pakistan.

Men are sometimes targeted but the majority of victims are women and it is suspected that many cases go unreported.

6-year-old girl Syrian girl tied with rope by grandparents, left outside the house