About one in 20 people in England had the infection in the week ending 12 February.

The legal requirement to self-isolate after catching COVID in UK is expected to be dropped from next week — as part of a “living with COVID” plan, according to BBC.

All remaining virus restrictions in the country are set to end in the coming days, Downing Street said. Currently, positive or symptomatic people must isolate for up to 10 days in UK.

People in England with COVID-19 will from late February no longer be legally required to self-isolate to stem the spread of COVID-19, Prime Minister Boris Johnson said on Wednesday, proposing to speed up existing plans to live with the virus.

The prime minister is to announce the end of the legal duty to self-isolate after testing positive for Covid-19 next week. 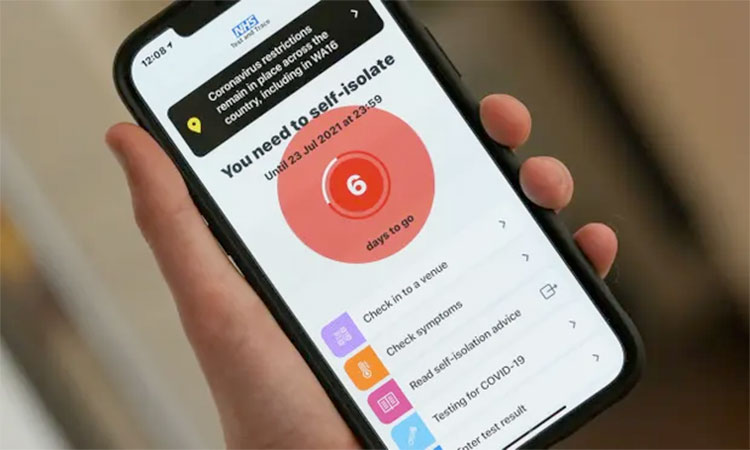 Positive or symptomatic people must isolate for up to 10 days in the UK.

Downing Street said Boris Johnson will lay out his intentions to repeal all pandemic regulations that restrict public freedoms in England as part of his “living with Covid” plan on Monday.

Johnson will also tell MPs returning to parliament after February recess that the country can rely on the vaccine programme, testing, and new treatments to keep people safe.

Infections across the UK are hovering around three million, according to estimates from the Office for National Statistics (ONS), down from a peak last month of over four million.

About one in 20 people in England had the infection in the week ending 12 February, according to the ONS.

As part of the planned lifting of restrictions next week, local authorities in England would become responsible for managing outbreaks using pre-existing powers.

Community PCR testing, aimed at people with symptoms, was expected to stop under the new plan, although it remains unclear whether the distribution of lateral flow tests will be scaled back.