A Ukrainian serviceman commands as a tank rides on a truck on the road in Donetsk region. Reuters

Ukrainian fighters were holding out on Thursday in the eastern city of Sievierodonetsk despite relentless Russian shelling, the regional governor said, as Moscow presses an assault that both sides believe could help shape the war’s course.

Russia has concentrated its troops and firepower on the small industrial city to secure the surrounding province on behalf of Moscow-backed separatists. Ukraine’s forces pulled back to the city’s outskirts on Wednesday but have vowed to fight there for as long as possible.

Artillery shelling has turned the city in Ukraine’s Luhansk province to a bombed-out wasteland. Luhansk’s regional governor, Serhiy Gaidai, said the centre of the town was being destroyed. 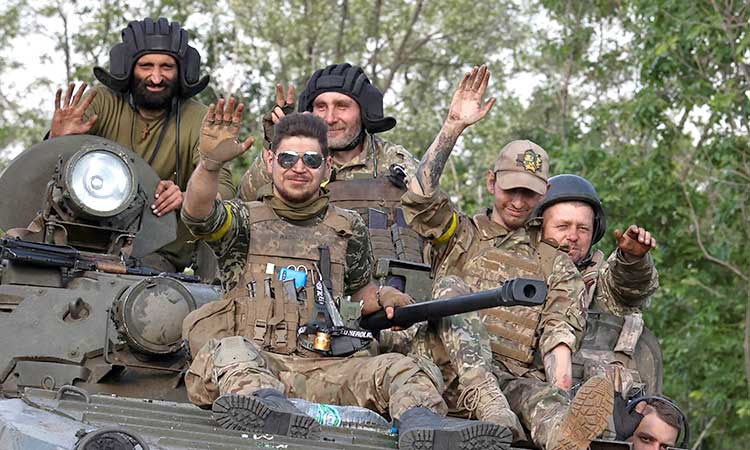 Ukrainian servicemen wave as they ride atop an armoured fighting vehicle in Donetsk region. Reuters

Gaidai said Russia now controlled more than 98% of Luhansk, claimed by Moscow for its proxies who have held eastern parts of the region since 2014.

Moscow has been trying to encircle Ukrainian forces in the areas they still hold. Ukrainian forces still control all of Sievierodonetsk’ smaller twin city Lysychansk on the west bank of the Siverskyi Donets River but Russian forces were destroying residential buildings there, Gaidai said.

Reuters could not independently verify the situation on the ground in either city.

Russia has turned its focus to Luhansk and the adjacent province Donetsk since its forces were pushed back from the outskirts of the capital Kyiv in March. 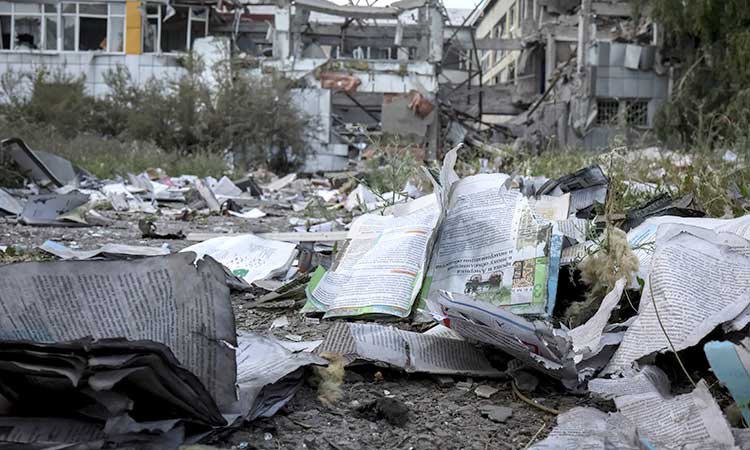 Textbooks are scattered across the ground near a destroyed school after a morning shelling in Donetsk. Reuters

Kyiv’s ambassador to the United States told CNN that Ukrainian troops were vastly outnumbered in the fighting in Luhansk and Donetsk, which collectively form a region called the Donbas.

But “as we already saw in the battle for Kyiv, we can lose something temporarily. Of course, we’re trying to minimize that because we know what (can) happen (when) Russians control territories, but we will get it back,” Oksana Markarova said.

Sewa provides 2,973 connections for natural gas in 3 months in Sharjah