Ukraine announced it will hold its first war crimes trial over the Russian invasion, as Moscow accused Kyiv of shelling a Russian city in the war’s latest flashpoint.

The conflict has devastated cities and displaced millions, with fears also growing of its broader international impact as gas supplies to Europe were disrupted by a halt in Russian flows through Ukraine.

Kyiv has repeatedly accused Russian troops of committing atrocities since the invasion began on February 24, and Ukrainian authorities said on Wednesday they would launch the first war crimes trial of the conflict.

The prosecutor general’s office said Vadim Shishimarin, a 21-year-old Russian service member, is accused of killing an unarmed 62-year-old civilian as he fled with four other soldiers in a stolen car. 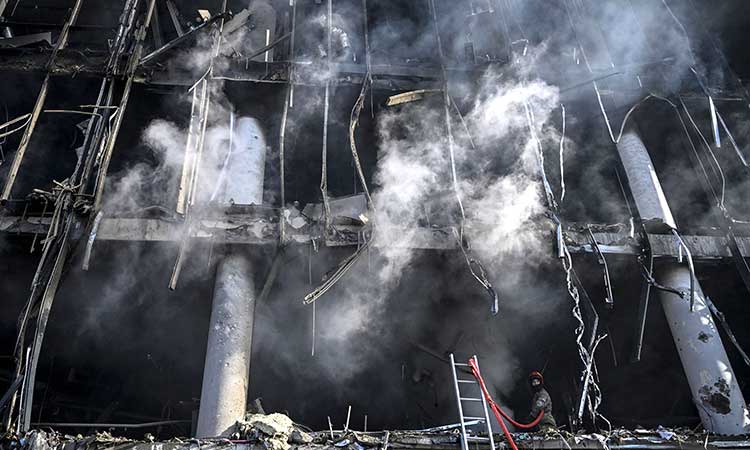 Firefighters are seen inside the Retroville shopping mall after a Russian attack in Kyiv. AFP

“The man died on the spot just a few dozen metres from his home,” said a statement from prosecutor Iryna Venediktova’s office.

Venediktova’s office has said it has received reports of more than 10,000 alleged war crimes, with 622 suspects identified.

The Russian invasion has sparked an exodus of nearly six million civilians, many of whom bear accounts of torture, sexual violence and indiscriminate destruction.

The UN Human Rights Council is due to hold a special session on Ukraine on Thursday. 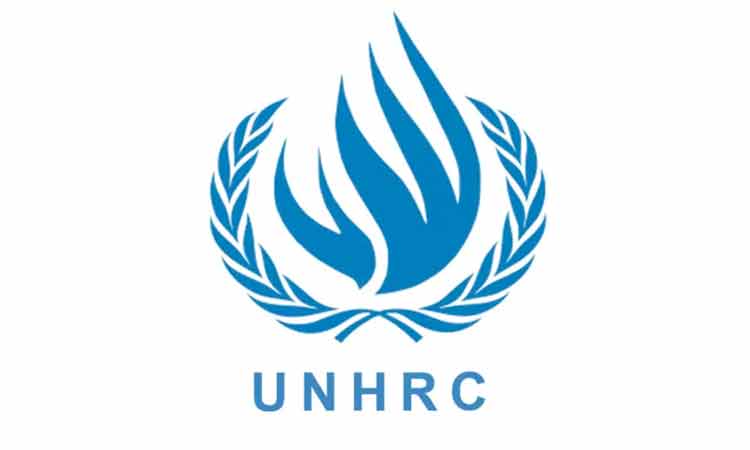 Moscow has focused on eastern and southern Ukraine since it failed to take Kyiv in the first weeks of its campaign.

Ukraine’s forces were boosted by what Kyiv described as the recapture of four villages around the northeastern city of Kharkiv, close to the border with Russia.

In the Russian city of Belgorod, around 70 kilometres (43 miles) from Kharkiv, authorities said one person was killed and six injured by Ukrainian shelling.

Belgorod governor Vyacheslav Gladkov said it was “the most difficult situation” facing the border region since Russia sent its troops into Ukraine 11 weeks ago.

In April, Gladkov said Ukrainian helicopters carried out a strike on a fuel storage facility in Belgorod.

Thief of diamond sent to jail for 5 years, fined $20m in Dubai