Prime Minister Boris Johnson will on Thursday outline plans to tackle Britain’s cost-of-living crisis, as he seeks to move on from a damaging series of scandals and a confidence vote called by his own MPs.

Johnson won the vote but with 40 per cent of his own side refusing to back him, he was likened to a “Monty Python” character who refuses to admit he is mortally wounded following another harrowing week.

The Conservative leader on Wednesday faced parliament for the first time since surviving the vote, which commentators said had left his scandal-tainted premiership still in peril.

Backers in the House of Commons staged a noisy show of support at his weekly question-and-answer session. But Tory rebels sitting behind looked glum and laughed along with opposition jibes. 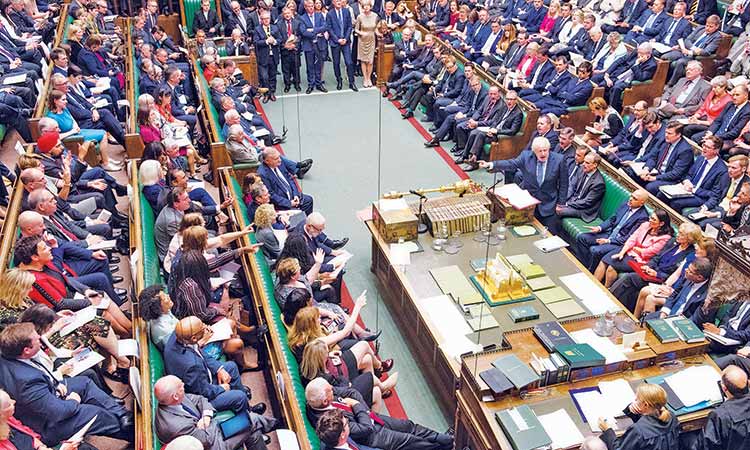 The Conservative leader on Wednesday faced parliament for the first time since surviving the vote.

Johnson has called his 211-148 victory “decisive” and wants to move on from repeated calls for him to resign over the “Partygate” scandal about lockdown-breaching parties in Downing Street.

“As for jobs, I’m going to get on with mine,” he reiterated in the Commons, after defending his government’s record on employment, health and Ukraine.

Part of the reset includes a speech in northwest England on Thursday to “set out a clear vision to continue to tackle the rising cost of living”, his Downing Street office said.

“We have the tools we need to get on top of rising prices. The global headwinds are strong. But our engines are stronger,” he will say.

“And, while it’s not going to be quick or easy, you can be confident that things will get better, that we will emerge from this a strong country with a healthy economy.”