The UN Security Council failed on Friday to agree on a statement aimed at pushing Myanmar’s junta to take steps toward a peaceful solution to the country’s ongoing crisis, diplomats said.

China and the United Kingdom, which drafted the text, blamed each other for the failure of the day-long negotiations, which followed a closed-door Council meeting on Myanmar in the morning.

For London, China was asking “too much,” which led to the collapse of the negotiations.

A spokeswoman for China’s UN delegation told the media that at the end of the day, there was only a “slight difference” to reach an agreement that was “not impossible to overcome.”

The original text proposed that the Security Council express deep concern over “limited progress” in implementing a five-point plan on ending the crisis, which was set out more than a year ago by the Association of Southeast Asian Nations (ASEAN). 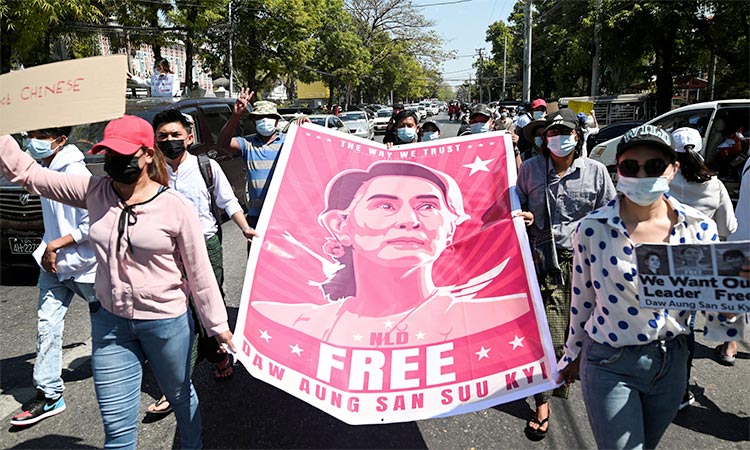 It also called for action to implement the roadmap.

“Our wording was factual but less condescending” and “it’s a real shame” that there was no agreement, the spokeswoman added.

The rest of the text, seen by AFP, reflected the Security Council’s concern about the continuing violence and humanitarian difficulties in the country.

At the Council meeting, the ASEAN envoy for Myanmar, Cambodia’s Deputy Prime Minister and Foreign Minister Sokhonn Prak, and the UN envoy, Noeleen Heyzer, provided an update on the situation.

According to diplomats, Heyzer, who was appointed in October 2021, has been given a general green light to make her first trip to Myanmar, but has not yet received the necessary authorizations for her stay and the people she may meet.

The UN is insisting that she be able to meet with various Burmese parties, not just the ruling junta.

Since the military launched its coup in February 2021, more than 1,800 people have been killed in a crackdown on dissent, according to a local monitoring group.