Nearly 2,000 Jewish pilgrims visited occupied Jerusalem’s most sensitive holy site early on Sunday ahead of a nationalist parade through the Old City, prompting Palestinians barricaded inside the Al Aqsa Mosque to throw rocks and fireworks at the visitors and nearby Israeli police.

Some 3,000 Israeli police were deployed throughout the city ahead of Sunday’s march, in which flag-waving Israeli nationalists planned to walk through the heart of the Old City’s main Palestinian thoroughfare.

Israel says the march is meant to celebrate Israel’s capture of east Jerusalem, including the Old City, in the 1967 Mideast war. Israel has annexed east Jerusalem in a move that isn’t internationally recognized, and it claims all of the city as its capital.

But Palestinians, who seek east Jerusalem as the capital of a future state, see the march as a provocation. Last year, the parade helped trigger an 11-day war between Israel and Gaza militants. 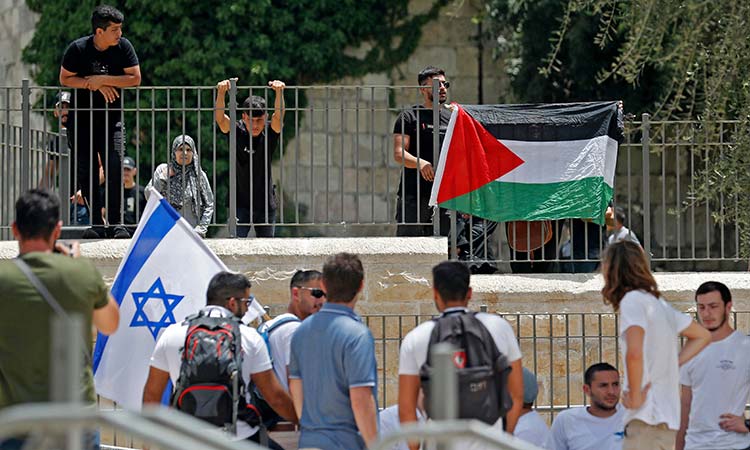 Ahead of the march, some 1,800 Jewish pilgrims visited the contested hilltop compound where the Al Aqsa Mosque is situated, according to Israeli police.

Al Aqsa is the third-holiest site in Islam and serves as a powerful symbol for the Palestinians. The compound also is the holiest site for Jews, who call it the Temple Mount and revere it as the home of the biblical Temples. The competing claims to the site lie at the heart of the Israeli-Palestinian conflict and have triggered numerous rounds of violence.

Dozens of Palestinians barricaded themselves inside the mosque early Sunday and began throwing objects and fireworks when the Jewish visitors began to arrive. 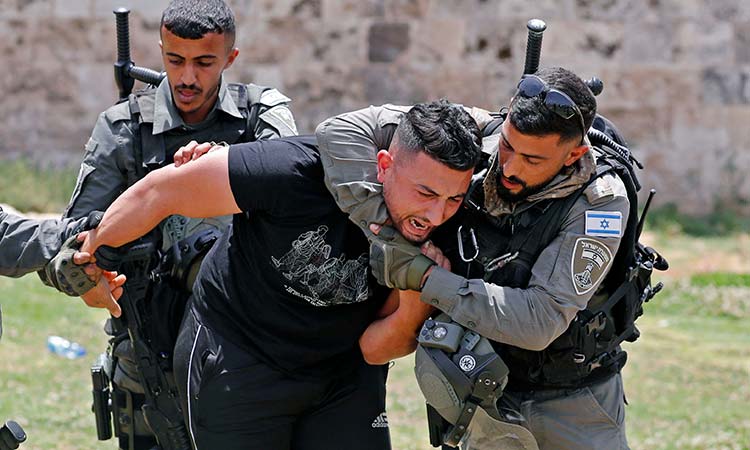 Among the visitors was Itamar Ben-Gvir, leader of a small ultranationalist opposition party and a follower of the late racist rabbi, Meir Kahane, who entered with dozens of supporters under heavy police guard.

Palestinians shouted “God is great” as Ben-Gvir, accompanied by Israeli police, shouted “the Jewish people live.” Police said they locked the gates of the mosque and said they made several arrests. There were no reports of injuries.

Without explanation, Israeli police took the rare step of barring Palestinian journalists, including an Associated Press photographer, from entering the compound.