Antony Blinken (centre) speaks during a meeting with South Korean and Japanese FMs in Honolulu. Reuters

The top diplomats of Japan, South Korea and the United States declared their unity against North Korea on Saturday after a series of ballistic missile launches by Pyongyang.

US Secretary of State Antony Blinken and his Japanese and South Korean counterparts were meeting on Saturday in Hawaii to discuss the threat posed by nuclear-armed North Korea after Pyongyang began the year with a series of missile tests.

After a day of meetings in Honolulu, Blinken, South Korean Foreign Minister Chung Eui-yong, and Japanese Foreign Minister Hayashi Yoshimasa condemned the series of seven launches as “destabilizing” in a joint statement.

US, allies tell citizens to leave Ukraine as Russia may invade any day

Pyongyang needs “to cease its unlawful activities and instead engage in dialogue,” they said.

Some experts say North Korea is using the weapon’s tests to put pressure on President Joe Biden’s administration to resume long-stalled nuclear negotiations as the pandemic puts further strain on an economy already battered by decades of mismanagement and crippling US-led sanctions. 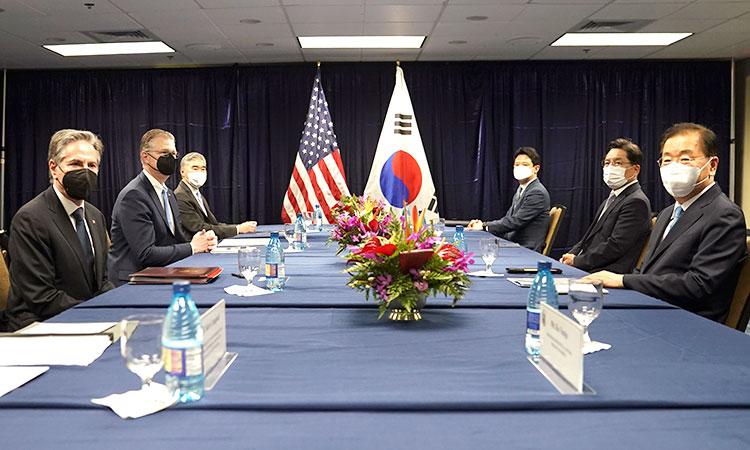 Biden’s administration has offered North Korea open-ended talks but has shown no willingness to ease the sanctions without meaningful cuts to the country’s nuclear programme.

The tests also have a technical component, allowing North Korea to hone its weapons arsenal. One of the missiles recently tested — the Hwasong-12 intermediate-range ballistic missile — is capable of reaching the US territory of Guam. It was the longest-distance weapon the North has tested since 2017.

North Korea appears to be pausing its tests during the Winter Olympics in China, its most important ally and economic lifeline. But analysts believe North Korea will dramatically increase its weapons testing after the Olympics.

The recent tests have rattled Pyongyang’s neighbors in South Korea and Japan. South Korean President Moon Jae-in, who helped set up the historic talks between North Korean leader Kim Jong Un and former President Donald Trump in 2018 and 2019, said last month that the tests were a violation UN Security Council resolutions and urged the North to cease “actions that create tensions and pressure.” 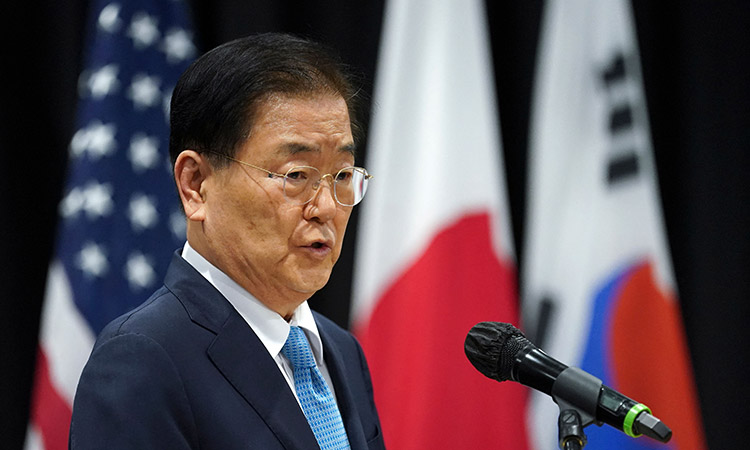 The Security Council initially imposed sanctions on North Korea after its first nuclear test in 2006. It made them tougher in response to further nuclear tests and the country’s increasingly sophisticated nuclear and ballistic missile programs.

China and Russia, citing the North’s economic difficulties, have called for lifting sanctions like those banning seafood exports and prohibitions on its citizens working overseas and sending home their earnings.

Blinken arrived in Hawaii from Fiji, where he met with Acting Prime Minister Aiyaz Sayed-Khaiyum and other Pacific leaders to talk about regional issues, especially the existential risk posed by climate change. It was the first visit by a US secretary of state to Fiji since 1985.

Emirates to offer signature A380 service on flights to Bengaluru