President Joe Biden has said the United States will send more advanced rocket systems to Ukraine, as Russian troops press their ferocious bid to complete the capture of a key eastern city.

The battle for Severodonetsk has grown in intensity in recent days, with heavy casualties on both the Ukrainian and Russian sides.

Russian troops hit a nitric acid tank at a chemical plant in the city on Tuesday, prompting Ukrainian President Volodymyr Zelensky to accuse Moscow of “madness”.

One of the industrial hubs on Russia’s path to taking the eastern Lugansk region, Severodonetsk has become a target of massive Russian firepower since the failed attempt to capture Kyiv.

The Russians now control most of the destroyed city, according to regional authorities. 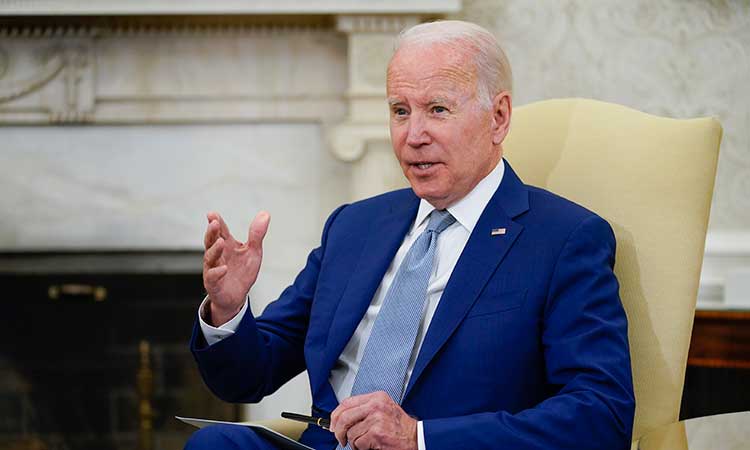 President Joe Biden speaks in the Oval Office of the White House in Washington on Tuesday. AP

But in a boost for the outgunned Ukrainian military, Biden has confirmed that more US weaponry is on the way.

“We will provide the Ukrainians with more advanced rocket systems and munitions that will enable them to more precisely strike key targets on the battlefield in Ukraine,” Biden wrote in The New York Times.

A US official told reporters the weapons being sent are Himars, or the High Mobility Artillery Rocket System, which have precision-guided munitions and a longer range than those currently deployed by Ukraine. 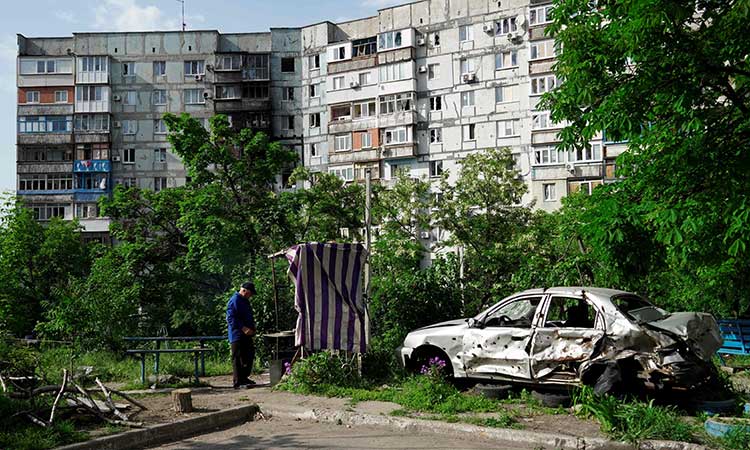 A man stands in a yard in front of a damaged residential building in Mariupol on Tuesday. AFP

The US is attempting to help Kyiv’s war effort while not being seen as a direct belligerent, and the official stressed that while the weapons would be used to “repel Russian advances on Ukrainian territory”, they would not be “used against Russia”.

While some analysts have suggested the Himars could be a “game-changer”, others say they should not be expected to suddenly turn the tables for Ukrainian forces struggling under Russian artillery fire.