From New Jersey to Georgia, US states thousands of miles from wildfire hotspots in the west face a growing risk from forest blazes as global warming makes “safe havens” increasingly rare, researchers warned on Monday.

Wildfires pose at least a moderate risk to more than 30 million properties across the United States, according to modeling by First Street Foundation, a nonprofit that maps climate risks.

“Wildfire risk is increasing so much faster than even flood risk is across the US,” said Ed Kearns, the group’s chief data officer. “And it’s likely to affect areas that aren’t thought of as wildfire-prone areas right now, but will be soon.”

Well beyond hard-hit states such as California and New Mexico, East Coast spots including South and North Carolina are among those with the most properties threatened by fires, the research found. 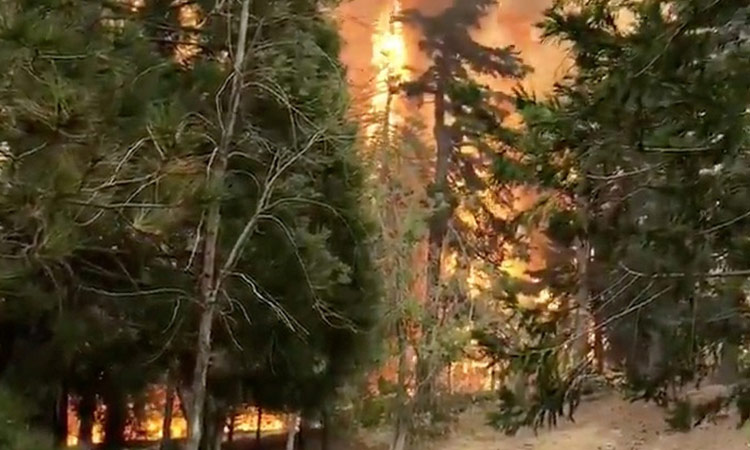 Well beyond hard-hit states are among those with the most properties threatened by fires.

It used a new model intended to give home and other property owners a detailed risk assessment of the climate-related threats facing their properties, including wildfires and floods.

“That ability for an individual to sit down and type in their address and see what their risk is makes a personal connection between climate change and this data set and their lives,” Kearns said.

A handful of counties in Georgia, for example, were among those with the largest projected rise in the share of properties with at least moderate wildfire risk between now and 2052.

The researchers looked at about 140 million properties nationwide, including residential and commercial buildings as well as vital infrastructure including schools and airports.

They found that close to 80 million of them face some degree of risk, with 30.4 million facing at least “moderate” risk.

That corresponds to an annual “burn probability” of 0.03% or more, or at least a 1% cumulative chance of experiencing a wildfire during the life of a 30-year mortgage.

Banks give Dhs696.7 billion facilities to business and industrial sector