Municipal employees clean up a fallen tree on Reguliersgracht in Amsterdam, Netherlands, on Saturday. AFP

Emergency crews on Saturday battled to restore power to more than one million homes and businesses a day after Storm Eunice carved a deadly trail across northwest Europe and left transport networks in disarray.

At least 16 people were killed by falling trees and flying debris caused by the fierce winds in Britain, Ireland, the Netherlands, Belgium, Germany and Poland, emergency services said.

Around 155,000 British homes were still without power late on Saturday after Storm Eunice knocked more than 1.3 million households off the grid the day before, energy companies said. 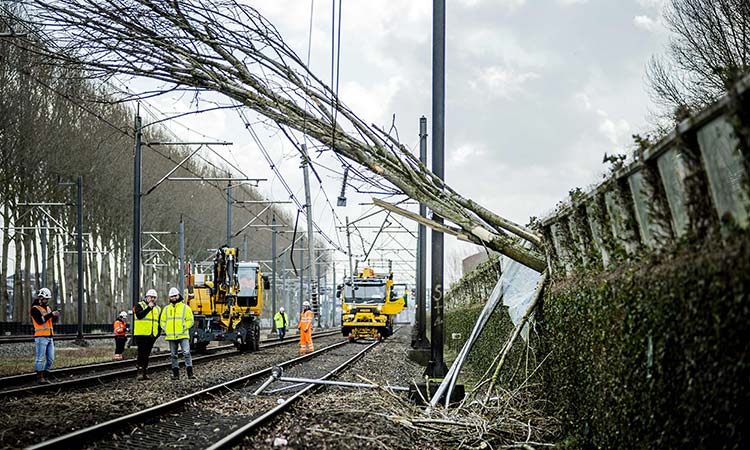 Workers carry out repair work on an overhead line and a railway in Maarssen, Netherlands, on Saturday. AFP

The fierce Atlantic storm brought record winds of up to 122 mph (196 kph) to Britain, killing three people and causing widespread disruption. At least six more deaths were reported in Ireland, Belgium and the Netherlands.

Train operators in Britain urged people not to travel, after most of the network was shut down when Eunice brought the strongest wind gust ever recorded in England.

The UK’s National Rail association said “routes across most of Great Britain” remained affected by the weather on Saturday morning, with disruptions to continue throughout the day. 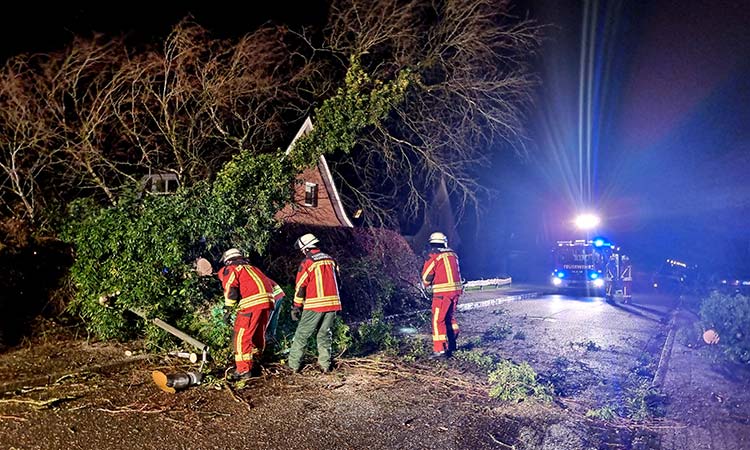 The Met Office weather service said more strong winds would hit the southern coasts of England and Wales on Saturday, with the potential for further damage, while snow and ice could cause disruption further north.

The storm left at least three people dead in Germany, including a man who fell as he was trying to repair a damaged roof and a driver whose car crashed into a tree that had fallen across a road. 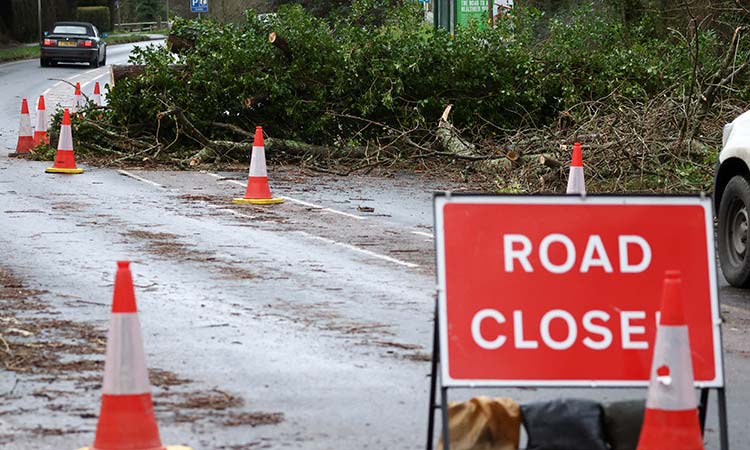 A tree blocks the B3273 road after Storm Eunice in St Austell, Cornwall, Britain, on Saturday. Reuters

In Brentwood, east of London, a 400-year-old tree crashed into a house where Sven Good was working from home, as millions of other Britons heeded government advice to stay indoors.

“I could feel the whole roof going above me. It was absolutely terrifying,” Good, 23, told Sky News, adding that none of the occupants was injured.

The train network in the Netherlands was paralysed, with no Eurostar and Thalys international services running from Britain and France after damage to overhead power lines. 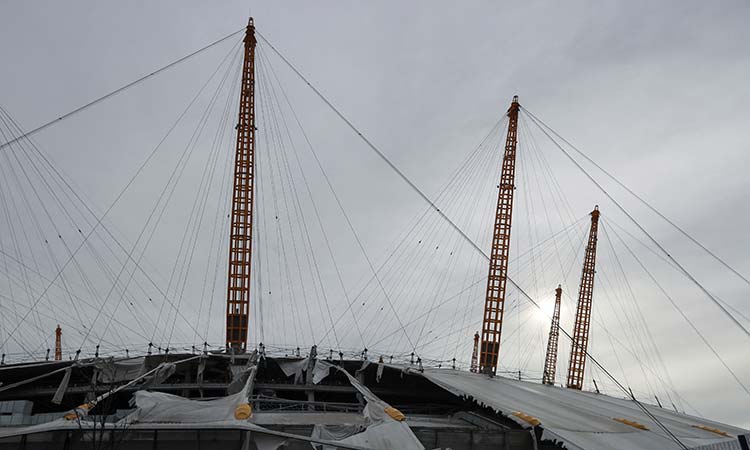 The white-domed roof of the O2 Arena is seen after it was damaged during Storm Eunice in London. Reuters

In the Czech Republic, around 26,000 households were left without electricity and Prague’s city administration called on people not to venture into parks or forests for the time being.