A tragedy struck Dubai residents when the family visited Oman to enjoy the rainy weather and beach.

The incident took place at Mughsail Beach in the Dhofar governorate.

Dubai residents Shashikant Mhamane, his wife and their children, Shreya and Shreyas, were visiting neighbouring Oman on Sunday for a day-long trip.

Little did the family know that it would be their last trip together.

The children playing near the rough sea were swept away by a strong wave.

The father ran after them in a bid to save them but drowned, along with the children.

The family hails from Jath in Sangli district of Maharashtra.

A family member said that Shashikant worked in a private firm in Dubai.

Meanwhile, the competent authorities are still searching for three people of one family who were reported missing as the rest of the family had been found dead in Al Mahaseel area, Dhofar Governorate. 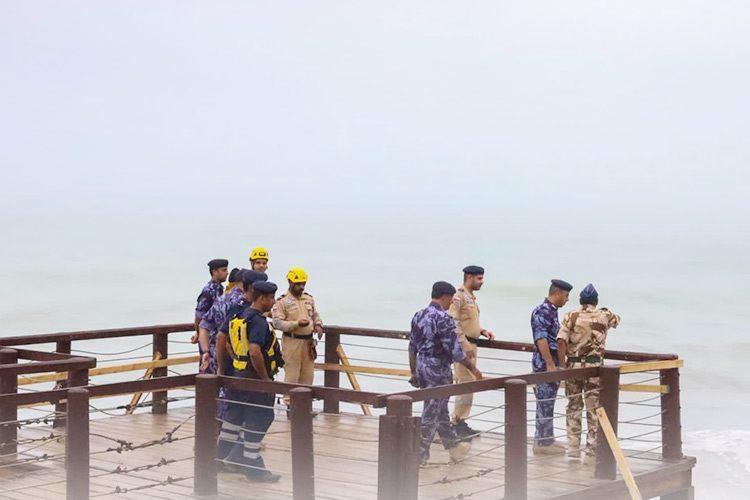 They are still looking for a missing person in Raysut area in the same governorate.

As many as 16 people drowned in flooded valleys and the sea between July 7 and 12.

This coincided with the unstable weather witnessed in some areas in Oman over the past few days. The rescue teams from the police and civil defence received several reports from citizens and residents about a number of vehicles trapped and swept away by surface run-off.

The people who had been picked up included 8 expatriates, 8 Omanis including 6 children, the royal police said, noting that search was still underway for four others missing in Dhofar Governorate.

The police called on both citizens and residents to exercise extreme caution while crossing flooded valleys and the areas that could pose risks to their safety in Dhofar Governorate, especially during unstable weather.