Cuba and Alaska pose for a photograph.

A Ukrainian fashion designer and a media personality quit their day jobs and volunteered in Ukraine to join the rescue efforts after Russia invaded Ukraine in February.

The Ukrainian Defense Ministry said on Twitter, “The two volunteer paramedics (Cuba) and (Alaska) have left their jobs as a fashion designer and as a media person, to defend Ukraine.”

It also said, “Russian tyranny will never prevail over a nation where everyone is willing to pay the highest price for their country.”

The Ukrainian defence ministry also shared a tweet that read, “Our wonderful Cuba and Alaska from the crew of the case-evacuation of the Women’s Veterans Movement are already working in Kharkiv region. Yesterday they managed to save the lives of 4 people and 1 dog.” 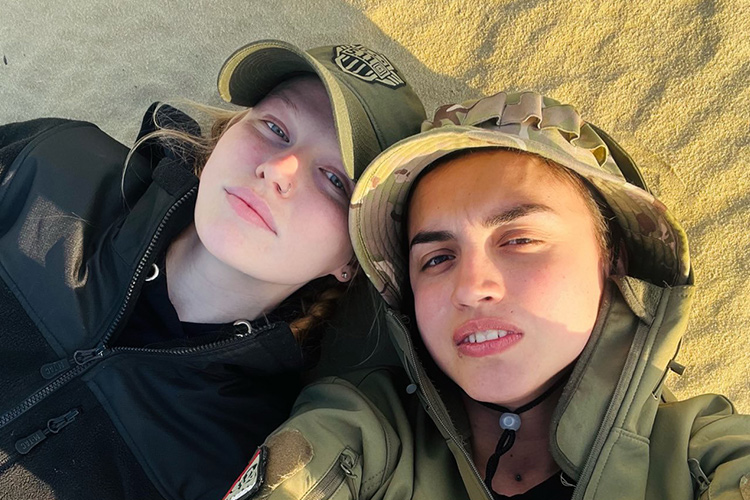 The Women’s Veterans Movement said on Twitter, “Sooner or later we will find time to introduce our medical crew “VETERANKA” to you, to tell you about our incredible girls, who they are and where they come from. But it will definitely not be today. But today we will give you the opportunity to see the war through the eyes of our talented photographer and paramedic “Alaska.”

The war in Ukraine has entered its fifth month, causing a humanitarian crisis in Ukraine, destroying its economy and infrastructure, and draining the government’s ability to pay its dues.

About 5.3 million Ukrainians have fled their country since the start of the Russian invasion, and the United Nations expects an additional three million to be displaced by the end of the year.