A videograb shows shootout at a North Carolina gas station.

In a Hollywood style, a broad-daylight shootout took place at a gas station in Henderson, North Carolina, shocking police and residents on Saturday.

Police released surveillance videos from the station showing bullets flying all over the place.

In a matter of relief, there were no casualties.

The video showed a man with an automatic gun get out of a sedan parked at the gas station.

As soon as he approached the door to the shop at the station, bullets hit walls and ceilings.

The man swung into action and started firing towards the street.

The police said a dark-coloured SUV at the scene sped away, with the possibility of being the other shooter(s).

A second man exited the sedan parked at the station and started shooting.

The men can be seen taking cover near the business. 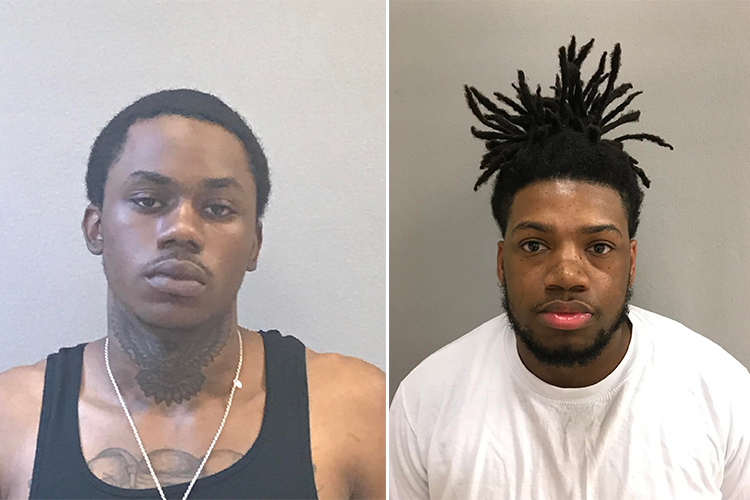 The traffic came to a stand still and residents and bystanders could be seen running for cover.

Henderson Police said they have two people in custody.

The police also issued multiple arrest warrants in connection with the shooting.

The police said a man suffered minor injuries to his feet.

Turnage is one the individuals involved in the incident that occurred at 601 W Andrews Avenue over the weekend.

“Charles Green, DOB 4/17/1999, surrendered himself to the Henderson Police Department for warrants obtained for the incident this past Saturday at 601 W. Andrews Avenue.

Another person was identified and surrendered himself to the Henderson Police Department. This individual is a 17 year old juvenile. Petitions were obtained and a temporary secured custody order issued.”