Former prime minister and Pakistan Tehrik-e-Insaf (PTI) Chairman Imran Khan has fulfilled the wish of a young fan to meet him at his residence in Banigala, Islamabad.

Imran Khan posted the video of the meeting on his social media accounts and later the clip went viral.

A few days ago, when Imran Khan was addressing a rally in Abbottabad, a social media activist recorded a video of Abu Bakkar, when he was crying and pleading to meet his leader Imran Khan. 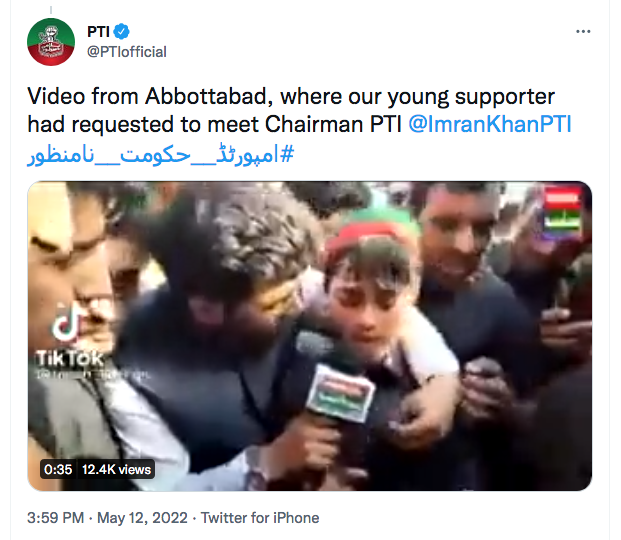 However, he couldn’t meet Imran Khan in Abbottabad. The emotional boy told the YouTuber after the rally that he walked almost 400km from Lakki Marwat to Abbottabad to meet his leader. “I didn’t sleep nor ate any thing since I reached Abbottabad,” he said.

In the video he was seen crying and saying that he just wanted to meet Imran Khan face-to-face. He “Please, please arrange my meeting with Imran Khan,” he pleaded.

The video went viral and after watching that clip, Imran Khan personally invited his young fan to his residence in Islamabad to fulfil his wish.

Finally Abu Bakkar met Imran Khan at Banigala on Thursday. He took his autograph on his shirt and gifted a ring to his leader. 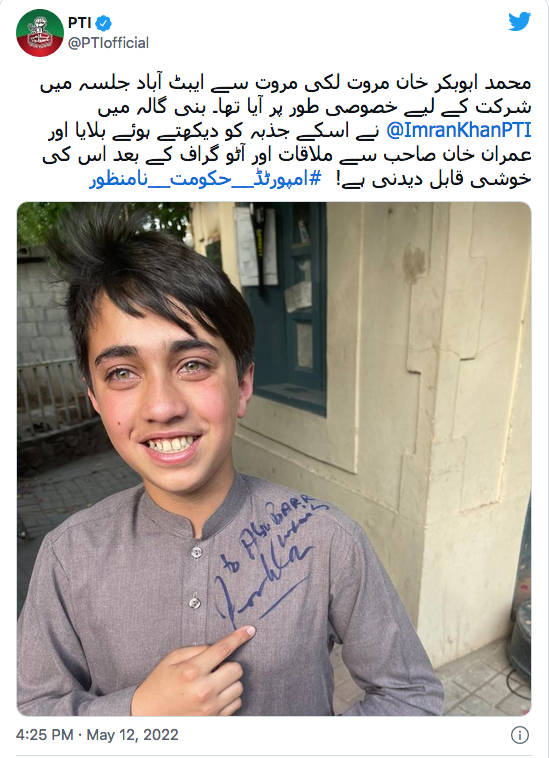 The video also showed Imran continuously consoling Abu Bakkar, saying: “You will do big things when you grow up, no need to cry.”

There were other PTI leaders in the video, too, including former foreign minister Shah Mehmood Qureshi and former special assistant to the PM Shahbaz Gill.

Later, Abu Bakkar expressed his emotions while showing the autograph. He said that he cannot express how happy he was after meeting his idol.

Razi Sheikh tweeted “You can’t beat that raw passion! I’m so glad he his wish fulfilled.”

Adnan Ahmed Akhunzada commented on the photo with heart emoji, star an Pakistan national flag, “No caption needed … His eyes telling everything. 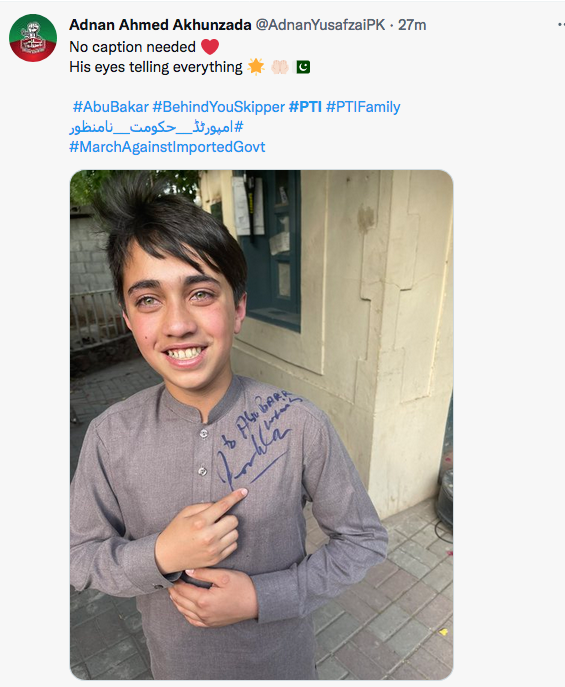 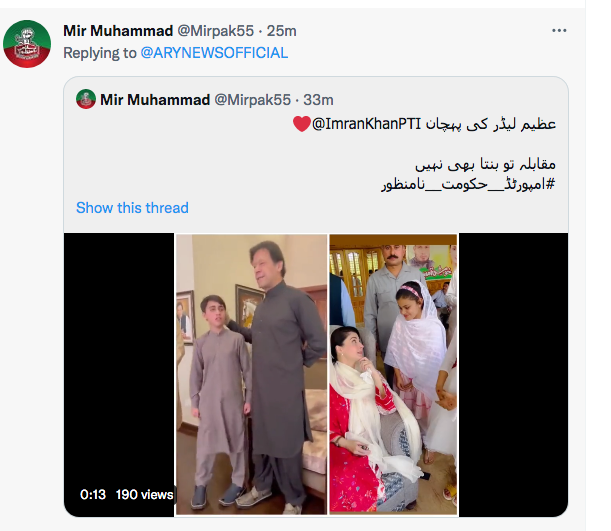 Ch Ali tweeted, “This is very clear people love Imran khan from their hearts no one can defeat his vision.”

Sayed Sajad commented on the video, “Innocent kid! His sentiments are and great IK acknowledged.”