A videograb shows the men rescuing the bear cub.

Brave motorists rescued a brown bear cub whose head got stuck in an empty fuel tank in a remote town in Siberia, Russia.

According to residents, the bear was spotted near their village searching for food, but that time the fuel was not there.

Sadly, after two days the bear was seen roaming near the highway with its head stuck in the empty fuel tank.

The poor animal was bumping into trees and obstacles and roadside fences.

Several passing motorists stopped to help the baby bear and risked their own lives by facing the potential danger posed by the fearsome animal.

According to Russian media, ten people took part in the rescue operation to free the bear.

The video, which depicts the rescue operation, has gone viral on social media sites.

The video showed men armed with slings trapped the bear and bringing it to a level place so they could pull it off without being injured by sharp claws of the animal.

But things didn’t go as planned. The baby bear could easily overpower the men and was running around giving the men a tough time.

Finally, the men managed to corner the bear near a fence and wrapped a rope around the animal. Having fixed the baby with the help of slings and rope, several people, at the risk of falling under the blows of the claws, pulled out the fuel tank. 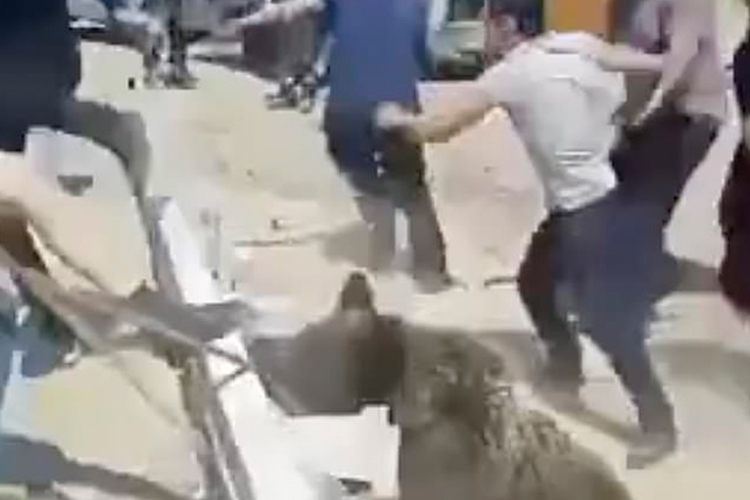 Men run away after freeing the bear cub.

As soon as the bear was freed, the men ran from the animal’s vicinity.

The entire operation took almost an hour to free the bear, but the motorists said that it was worth the risk.

Social media users from around have praised the courageous act.

The municipal authorities have urged residents and motorists not to litter, especially around the wood to avoid such incidents.

I would like to be the player who tells Messi checkmate: Ronaldo