A videograb shows the woman crossing the road.

In a miraculous escape, a woman in Egypt got a new lease of life after surviving a near death road accident.

The video of the incident, which has been circulating on Twitter since Monday morning, has gone viral.

The CCTV footage revealed that the three women stopped but one of them puts up a brave front and unmindfully crosses without realising that speeding cars were a couple of feet away from her.

Thankfully the motorist in the first car manoeuvred to avoid hitting the woman, but a second car from behind hit the first car that avoided the “run-over.”

At this point, the woman realized her mistake and freezes in the middle of the road. 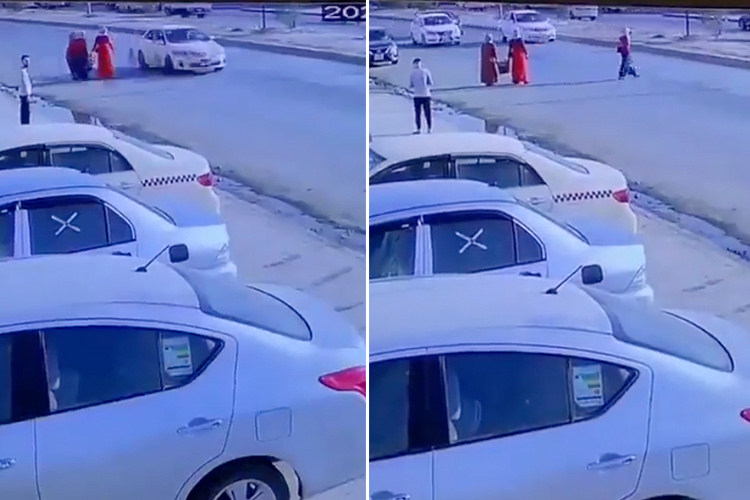 A combo image shows the woman trying to cross the road.

Both cars after the accident veer towards opposite directions, again narrowly missing the woman.

As the cars come to a halt, the woman runs back to her mates to overcome what just happened. 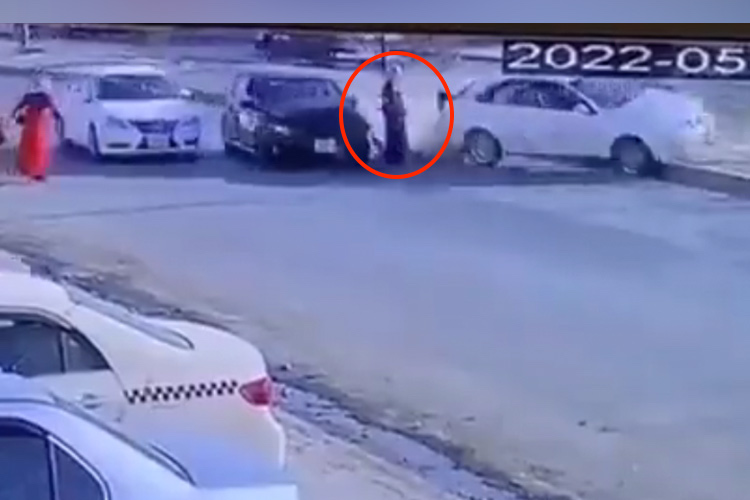 A videograb shows the car narrowly misses the woman.

A large crowd could be seen gathering at the accident site.

It was revealed that both motorists suffered non-life threatening injuries and were treated at the site by medics.

The authorities have urged members of the public to be vigilant while crossing the streets and driving vehicles to avoid such incidents.

Pakistani rupee remains unstable, plunges to record low of 210 against US dollar