Pakistan’s Federal Minister for Planning and Development Ahsan Iqbal Chaudhary has urged members of the public to drink less tea so that the country can control the rising inflation and save the economy.

Iqbal appealed to the masses to reduce 2 cups of tea everyday so that the country doesn’t need to borrow money to import tea.

Ever since the news came to limelight, social media users were trolling the ministers with memes.

Even the opposition leaders made fun of the ridiculous statement.

A social media user said, “The minister told the media, Pakistan’s Federal Min Ahsan Iqbal is appealing to #Pakistanis to consume less tea because even the tea they drink is imported after taking loans. That’s why #Pakistani trolled Indians saying tea is Fantastic…  They took a loan for this…” 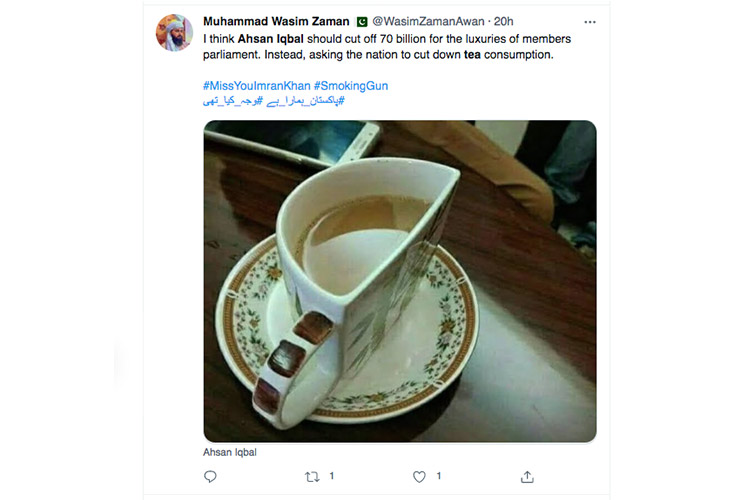 Pakistan Tehreek-e-Insaf (PTI) leaders have responded to the suggestion of Ahsan Iqbal to reduce a cup of tea.

Former federal minister Fawad Chaudhry expressed his conditional readiness to reduce a cup of tea on the advice of Ahsan Iqbal. 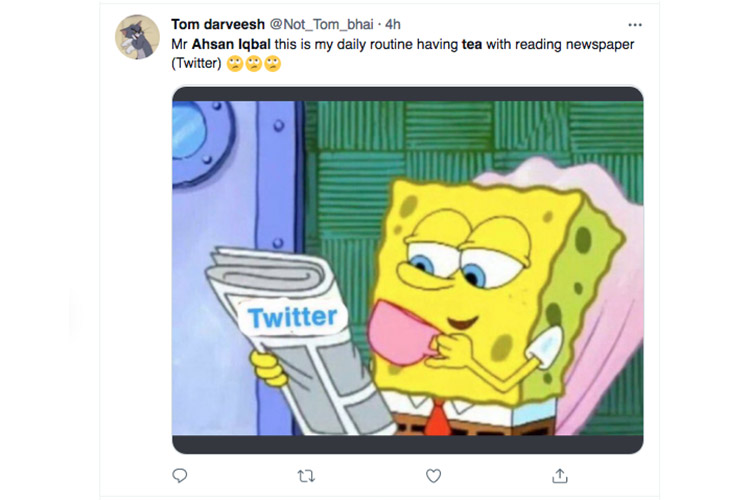 Fawad Chaudhry wrote on Twitter, in his response that we reduce a cup of tea but…

He further said if the rulers reduce their properties abroad, reduce camp offices, reduce the number of people on foreign trips, then we also reduce a cup of tea.

Shahbaz Gul, sarcastically tweeted that the people should reduce a cup of tea so that the expenses of the houses with Shahbaz Sharif’s camp offices continue to run on public money. 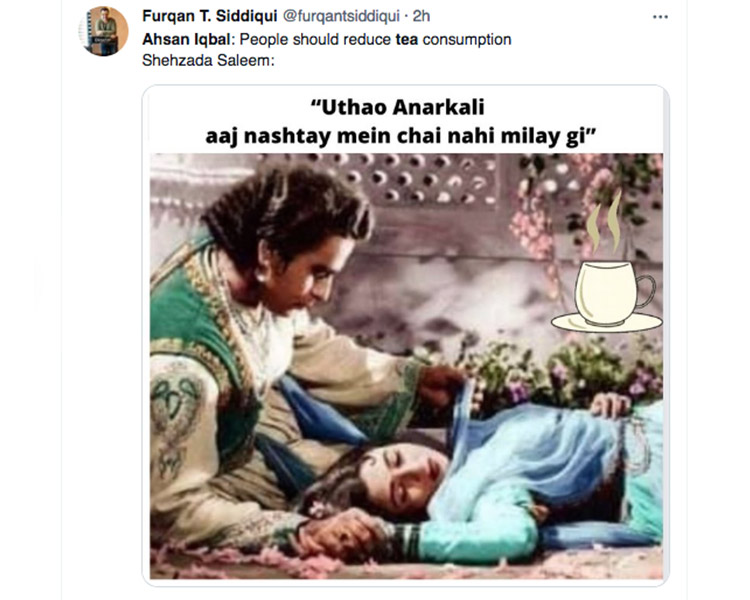 He also wrote that the swimming pool of the Prime Minister’s House and the invitations of millions, advertisements for showing zebras to donkeys, officials’ Hajj and Umrah, foreign tours and protocols for criminals will continue to run, this is Aristotle’s economic strategy.

Not only local leaders reacted to this, even the general public got angry. 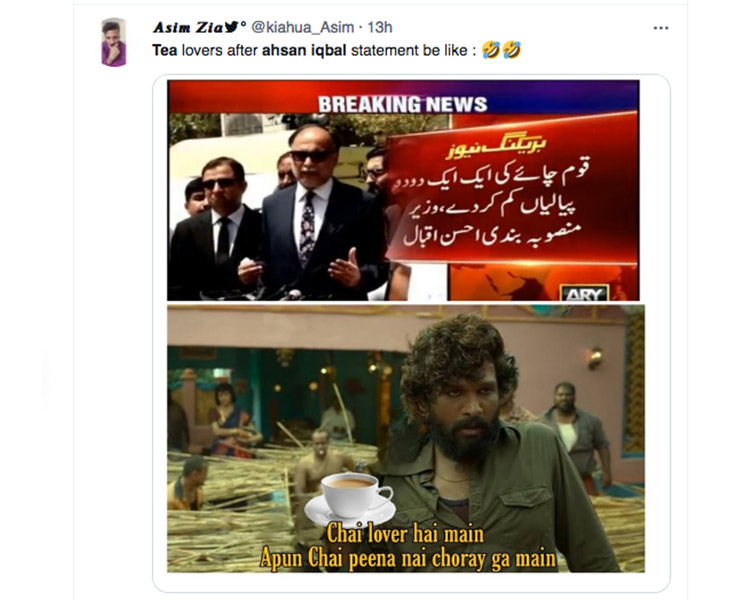 A twitter user, Muhammad Wasim Zaman said, “I think Ahsan Iqbal should cut off 70 billion for the luxuries of members parliament. Instead, asking the nation to cut down tea consumption.” 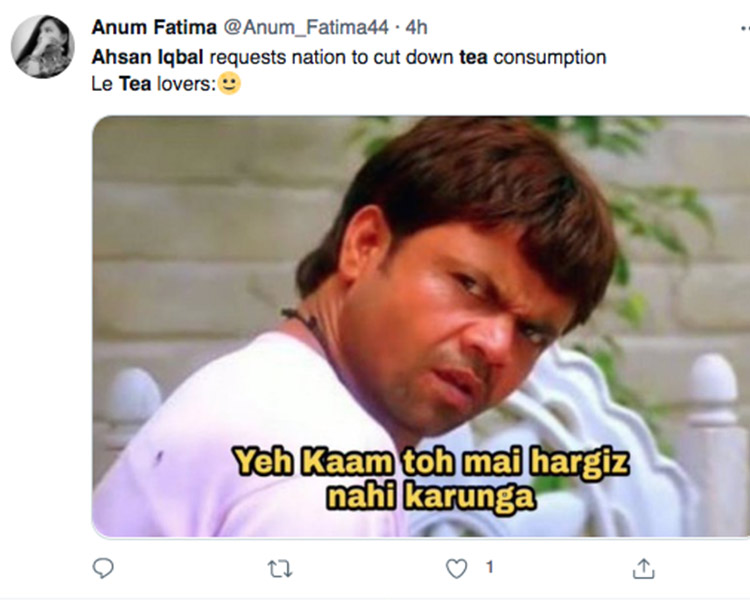 Ali Iqbal said, “Mr. Ahsan Iqbal our labor force which already can’t afford meat and fruits and have to do extensive work, they consume tea with high sugar just so that they can get some energy and complete their task! Stop giving stupid suggestions!”

Asad Jamali said, “Take one cup of tea only Ahsan Iqbal advises the public but they can’t decrease their protocol luxury vehicles biggest bungalows air conditioners every sacrifice nation should give…”