Children take part in a candlelight vigil to condemn the killing of journalist Shireen Abu Akleh, in Gaza. AFP

Palestinians planned a memorial service on Thursday for journalist Shireen Abu Akleh who was killed while covering an Israeli raid in the West Bank, but have rejected US-led calls for a joint investigation into her death.

Palestinian-American Abu Akleh, 51, a veteran of Qatar-based Al Jazeera’s Arabic TV service, was shot in the head during clashes in the Jenin refugee camp, a major flashpoint in the Israeli-Palestinian conflict.

Israel’s Defence Minister Benny Gantz conceded late Wednesday that it could have been “the Palestinians who shot her” or fired from “our side” — appearing to walk back Prime Minister Naftali Bennett’s remarks that she was “likely” killed by stray Palestinian gunfire.

“We are not certain how she was killed but we want to get to the bottom of this incident and to uncover the truth as much as we can,” Gantz told reporters.

Al Jazeera, Palestinian officials and witnesses said Abu Akleh was killed by Israeli forces, and the network insisted she was targeted “deliberately” and “in cold blood”.

Israel has publicly called for a joint investigation into the killing and asked Palestinian authorities to hand over the bullet that struck Abu Akleh for forensic examination. 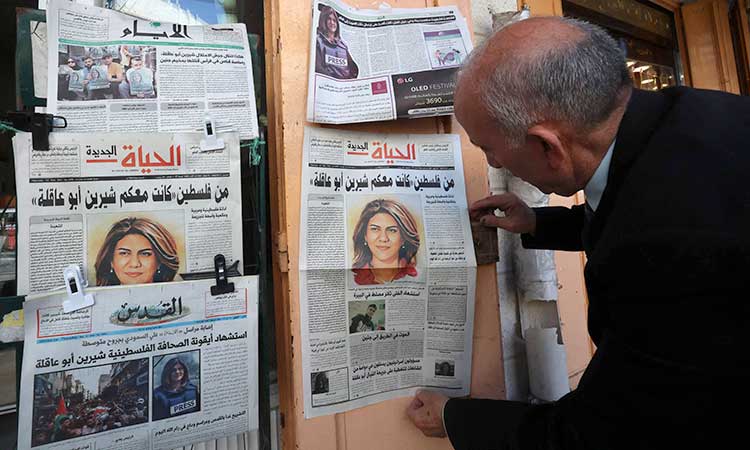 A man looks at the local newspapers reporting on the death of veteran journalist Shireen Abu Akleh. AFP

An Israeli security source told AFP that Israel was prepared to examine the projectile in front of Palestinian and US officials, “out of transparency”.

An initial autopsy and forensic examination were conducted in Nablus in the Israel-occupied West Bank hours after her death, but no final conclusions have been disclosed.

“Israel has requested a joint investigation and to be handed over the bullet that assassinated the journalist Shireen. We refused that, and we affirmed that our investigation would be completed independently,” Al-Sheikh said on Twitter. 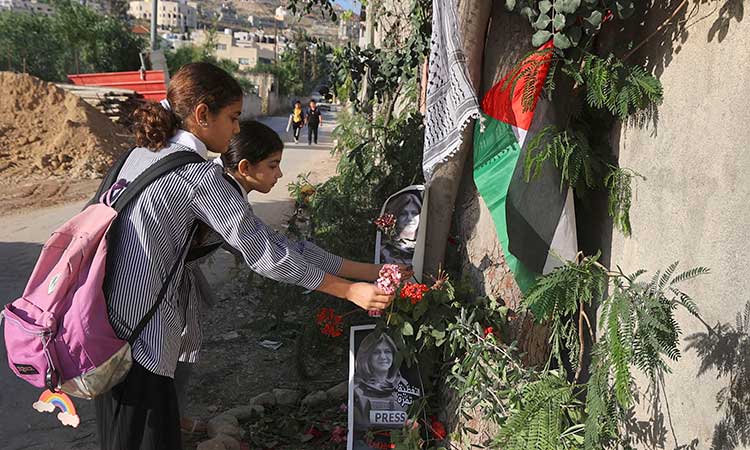 “We will inform her family, #USA, #Qatar and all official authorities and the public of the results of the investigation with high transparency. All of the indicators , the evidence and the witnesses confirm her assassination by #Israeli special units.”

‘Sister of all Palestinians’

Abu Akleh rose to prominence for Arabic audiences after joining Al Jazeera in 1997 and through her coverage of the second Palestinian Intifada, or uprising, from 2000-2005.

“She was the sister of all Palestinians,” her brother Antoun told AFP at the family home in Israeli-annexed east Jerusalem.

“What happened cannot be silence … She will not be forgotten.” 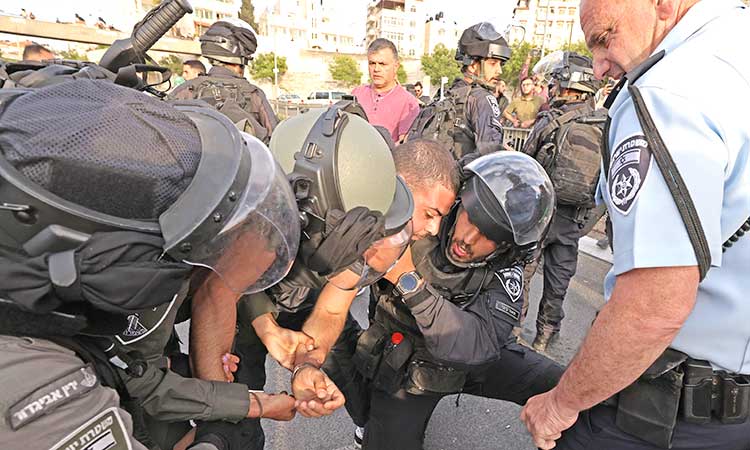 In a sign of her status among Palestinians, she was set to receive what the Palestinians labelled a full state memorial at the presidential compound in Ramallah on Thursday morning.

Her death came nearly a year after an Israeli air strike destroyed a Gaza building that housed the offices of Al Jazeera and news agency AP.

Tensions have again risen in recent months as Israel has grappled with a wave of attacks which have killed at least 18 people since March 22, including an Arab-Israeli police officer and two Ukrainians.

A total of 31 Palestinians and three Israeli Arabs have died during the same period, according to an AFP tally, among them perpetrators of attacks and those killed by Israeli security forces in West Bank operations.