A combo image shows the monkey carrying a puppy.

In a bizarre incident, thug monkeys have killed at least 250 dogs in an Indian village by dragging them to the top of buildings and trees and dropping them to their deaths.

Panicked residents were also attacked. The monkeys resorted to violence after a pack of dogs killed an infant monkey.

The attacks were carried out “in revenge.”

The horrible accidents have been reported in the villages of Majalgaon, where primates reportedly killed 250 dogs.

Some killings were reported from nearby areas of Lavul in the Beed district of Maharashtra.

According to News18, “there is not a single puppy left” in Lavul, where even school children are being hunted down and attacked.

Villagers reported that monkeys attack dogs as soon as they see them before carrying them in their arms to high place and drop them to their death. 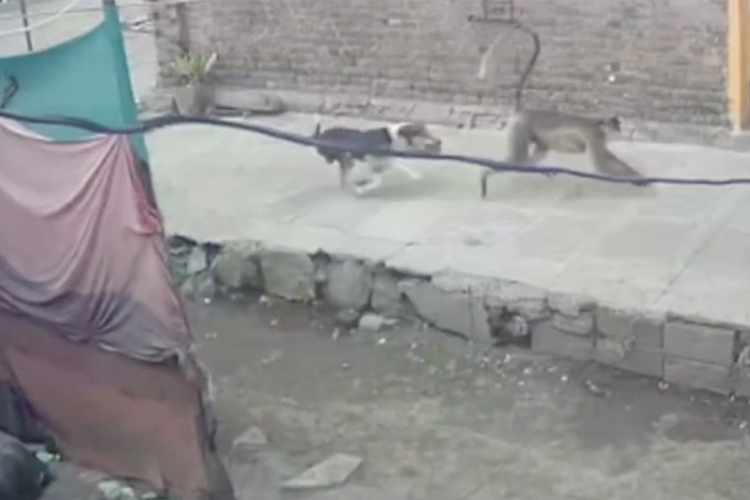 A dog chasing a monkey in Lavul.

Local media reported that in November alone, monkeys have killed 250 dogs.Photos and videos of the areas appear to confirm the attacks.

A monkey can be seen on a roof carrying a bear cub to the edge of a building.Video, likely from the incident that sparked the revenge attacks, showed dogs chasing monkeys through the village as local women and children ran to safety.

The dogs seemed to protect a child.Residents of the village have contacted forest department officials, asking for the killer monkeys to be rounded up.

However, when the officers were dispatched to the village, they were unable to capture even one of the primates, local media reported.

Villagers have reportedly took it upon themselves to try and save the dogs. 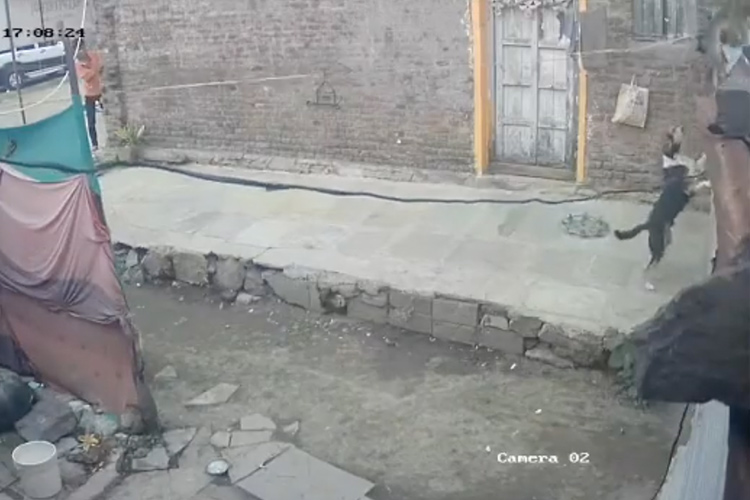 A monkey can be seen provoking a dog.

But when they did, the monkeys reacted against their efforts, with the media reporting some men also fell from buildings as they tried to save the dogs that had been dragged there.

The monkeys aren’t satisfied after killing of dogs, they are now going after small children.

Schoolchildren are said to be attacked by monkeys, creating an additional sense of panic among the villagers.

In one reported case, an eight-year-old boy was grabbed and dragged by monkeys, forcing villagers to throw stones at them to release the child.