Sheikh Sultan Bin Ahmed Al Qasimi, Deputy Ruler of Sharjah and Chairman of the Sharjah Media Council, has emphasised that the annual calendar of events organised by various Sharjah government and private entities and institutions are varied and diverse and meets the interests and demands of all segments of the community while also supporting the socio-cultural development journey of the emirate.

Sheikh Sultan Bin Ahmed pointed out that the increased visitor numbers across the range of activities in the emirate is a reflection of its success and the diversity of its sectors, including culture, arts, sports, and entertainment, amongst others. These events, organised in partnership with the public and private sectors, also support Sharjah’s vision to cater to the needs of all members of the family and community.

At the inauguration, Sheikh Sultan Bin Ahmed launched the official calendar of events for 2022, which comprises the detailed list of activities organised by all Sharjah government and private entities in the upcoming year across various sectors, including culture, economy, science, heritage, sports, arts, and entertainment. 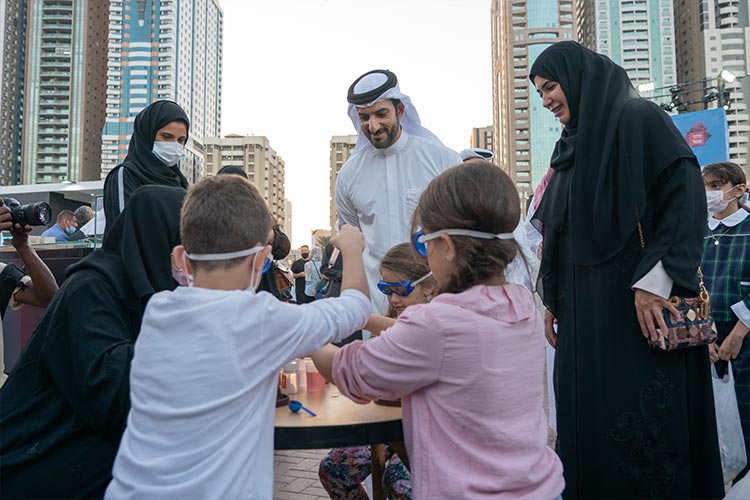 In her opening address, Alia Al Suwaidi, Director of SGMB, said, “Sharjah Events was launched with the aim of highlighting the events and activities in the emirate on a comprehensive platform, in partnership with public and private entities in Sharjah.”

She added: “The Sharjah Events Festival is one of the initiatives under Sharjah Events that brings together more than 25 public and private entities in a spirit of unity to celebrate the achievements of the emirate in a family-friendly, fun-filled atmosphere and to usher in the new year with a rich and diverse agenda of events that will appeal to audiences of all ages.” 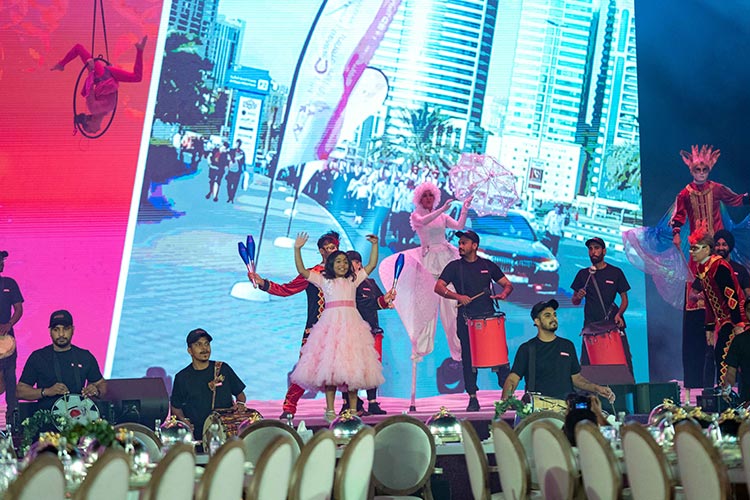 Children perform during the inauguration ceremony.

At the opening of the festival, Sheikh Sultan Bin Ahmed watched an immersive music video titled ‘Shining Sharjah’. The ceremony was marked by a dazzling display of fireworks, and live arts and entertainment shows.

Prior to the opening ceremony, Sheikh Sultan Bin Ahmed toured the festival grounds where he was briefed on the diverse attractions and activities designed for children and adults. 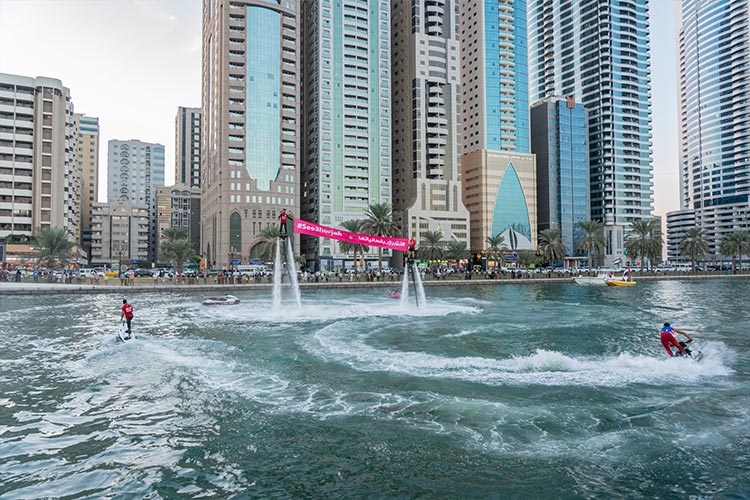 More than 25 public and private entities in Sharjah are participating in the festival, showcasing a microcosm of events that reflect the year-round activities they host annually in the emirate.