A Russian military commander with the rank of a “major general” was killed while flying at a low altitude over the Ukrainian Donbas region.

The general’s jet was shot down by a surface-to-air missile, according to Ukrainian media

A video of the incident has been circulating on social media.

The general is considered one of the highest-ranking Russian military officials to fall during the war.

The last moments in the life of 63-year-old Maj. General Kanamat Botashev came during a sortie in late May with his £9 million plane over the Donbas region, which is witnessing raging fighting between Ukrainian and Russian forces, according to Daily Mail.

In the circulating video, two Russian fighters, one of them led by Botashev, appear flying at a low altitude over Donbass, before being intercepted by a group of Ukrainian missiles. The two fighters attempt to escape and manoeuvre, but one of them, commanded by Botashev, goes down.

Botashev, who is believed to be the highest Russian general to die in the war, retired some time ago, but he was called to serve on the front lines. The ongoing war between Russia and Ukraine saw the fall of many Russian generals, and about 30 pilots. 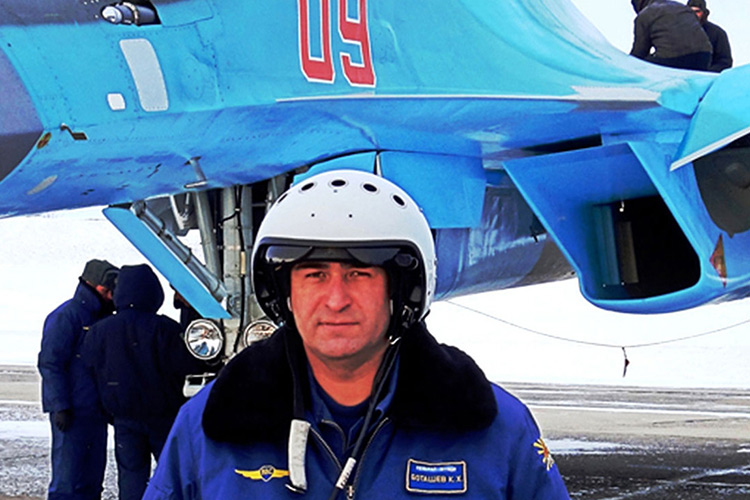