A handout photo shows a train derailed near Tabas on the line between the cities of Mashhad and Yazd. AFP

The report said the number of casualties could rise, though initial details about the disaster involving a train reportedly carrying some 350 passengers remained unclear.

Four of the seven cars in the train derailed in the early morning darkness near the desert city of Tabas, Iranian state television reported. Tabas is some 550 kilometres (340 miles) southeast of the capital, Tehran.

Rescue teams with ambulances and helicopters had arrived in the remote area where communication is poor. Over a dozen people suffered critical injuries, with some transferred to local hospitals, officials said. 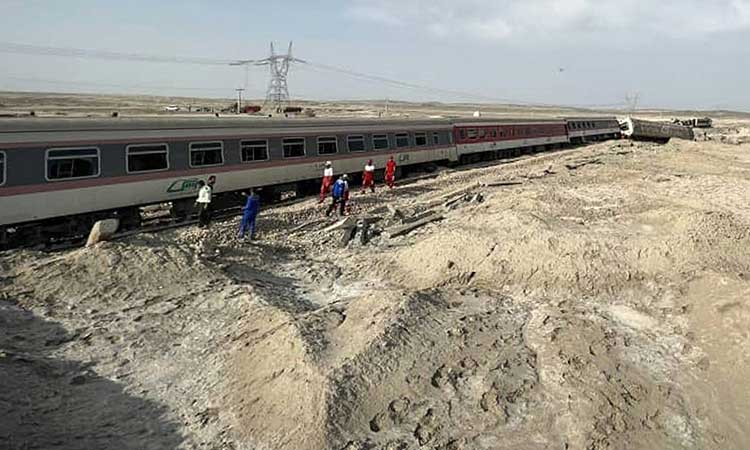 A train derailed near Tabas on the line between the cities of Mashhad and Yazd in Iran on Wednesday. AFP

The deputy head of Iran’s state-owned railways, Mir Hassan Moussavi, told the state broadcaster that the train was carrying 348 passengers.

It “derailed after hitting an excavator” that was near the track, he added.