Sania Khan was vocal about her ongoing divorce, lamented pitfalls she experienced of South Asian culture as a divorcee.

A vibrant and strong Pakistani-American photographer, Sania Khan, was murdered by her former husband in Chicago, media reported on Thursday. Before she was shot, Sania shared the details of her divorce on a social media platform.

Sania, a 29-year-old professional photographer, used to make TikTok videos about the stigma of divorce in South Asian communities in Chicago.

Sania was found shot in her condominium by police who had arrived at the premises around 4:30pm to perform a welfare check. The check had earlier been requested by police in Georgia after Sania Khan’s husband, Raheel Ahmad, was reported missing by his family. 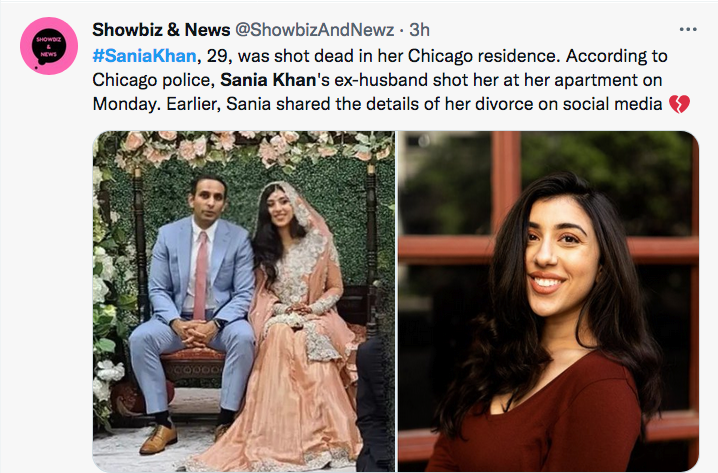 A police report, cited by the Chicago Tribune, stated that law enforcement agents heard a gunshot upon arrival at the scene followed by what appeared to be sounds of a man groaning in pain.

When officers entered the premises, Sania Khan was found dead and her former husband was found in the bedroom with a single gunshot wound to the head. US media added that a firearm was found next to the alleged shooter and a suicide note was discovered nearby. 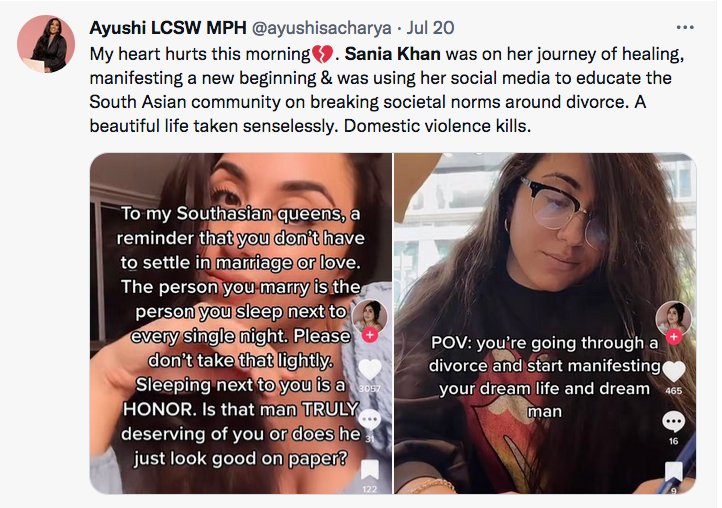 Raheel Ahmad was subsequently transferred to a hospital where he was pronounced dead on arrival.

Sania Khan was vocal about her ongoing divorce on social media and lamented the pitfalls she had experienced as a divorced woman. 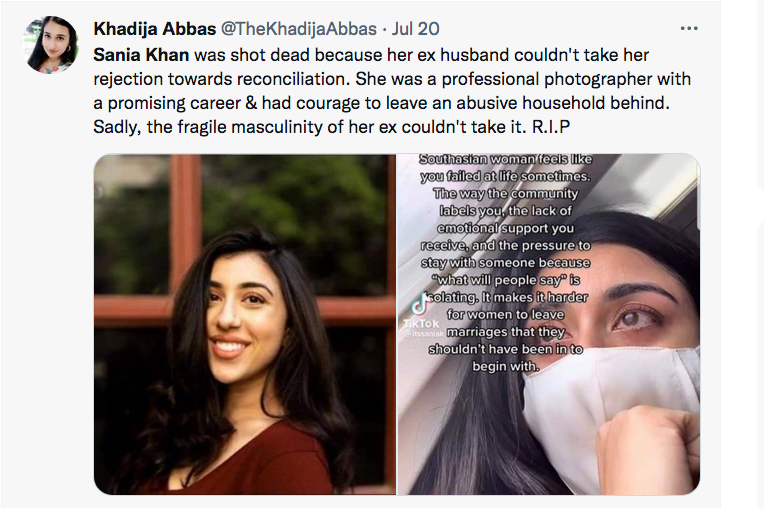 On her TikTok account, the victim shared, “going through a divorce as a South Asian Woman feels like you failed at life sometimes. The way the community labels you, the lack of emotional support you receive, and the pressure to stay with someone because ‘what will people say’ is isolating. It makes it harder for women to leave [a] marriage that they shouldn’t have been in, to begin with.”

The social media users mourned Sania’s early demise and paid tributes to her bold stance on her divorce.

“My heart feels heavy with the news of Sania Khan’s murder in the hands of her ex husband -man who was too fragile, entitled and insecure to handle a divorce. Our communities need SO MUCH work in supporting & protecting women & destigmatising divorce. There is NO shame in divorce,” tweeted Tamara Haque. 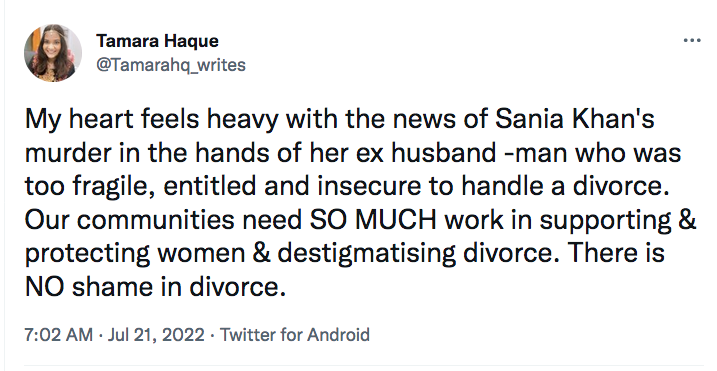 Another social media user, Sarah Malik, said in a tweet, “Heartbroken to hear of Sania Khan’s murder esp in light of recent social media posts on the shame, stigma and isolation she experienced as a divorced woman. Shows how urgent it is for all communities to become educated on intimate partner violence and coercive control.”