Abdullah Al Dah, President of the UAE Hockey Federation, board members with team managers and captains of participating teams.

The UAE Hockey Federation will organise a Ramadan Hockey Tournament at the Sharjah Sports Council Ground from April 8 to April 18.

The five-a-side competition has attracted a total of 16 teams and offers a cash prize of more than Dhs33,000.

Along with the leading clubs of the UAE, the Sharjah Police team will also take part in the event. The draw ceremony for the championship was held in Dubai.

Abdullah Al Dah, President of the UAE Hockey Federation and Chairman of the Executive Committee, expressed delight over the number of teams the tournament has attracted.

“I am pleased with the way the board members of the federation are making extra efforts to promote the game in the country.” 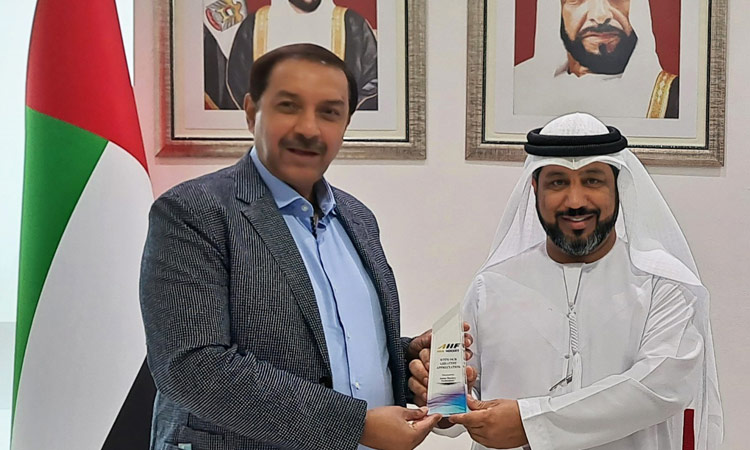 President of the UAE Hockey Federation also thanked Tayyab Ikram, Asian Hockey Federation’s (AFH) chief executive, who was on visit to here last week and lauded the efforts of the body and promised to support them in their bid to make the sport popular among the masses.

Ahmed Saeed Al Suwaidi, Head of Technical Committee, said that 16 teams have been divided into four groups. Two teams will be qualifying from each group for quarter-finals and semi-finals. The five-a-side tournament is taking place for the first time in the UAE under the auspices UAE hockey Federation.

Umpires will be headed by Abid Naqi, an A grade umpire. Young umpires from Sri Lanka and Shahnawaz will also officiate the matches.

Shehzad Wasim, who is supporting the tournament, was also honoured by the President of UAE Hockey Federation.