Alma Salazar, whose spectacular saves earned her the nickname ‘flying granny,’ has been playing as a goalkeeper since the age of 19. AFP

Concentrated on the game, Alma launches herself and deflects with her leg a placed ball that was looking for the nets. The ball bounces off the post and she controls it as if guessing the trajectory.

At 57 years old, the “flying granny” takes care of her team’s goal in Guatemala.

Alma Salazar said that her age is no impediment to skillfully defending the goal, this time with the K’rioK’s team in a futsal league in her native municipality of El Tejar, in western Guatemala.

“I like more than anything the throws (shortcuts), the growth spurts that one gives oneself, showing off oneself in each match. Giving the best one has,” said Alma, an admirer of the Spanish Iker Casillas and the Italian Gianluigi Buffon.

Her “passion” for sports was born when she was 19 years old. She started training with a men’s team where she found her calling as a goalkeeper and since then she has stood under the posts of several professional and amateur competition clubs. 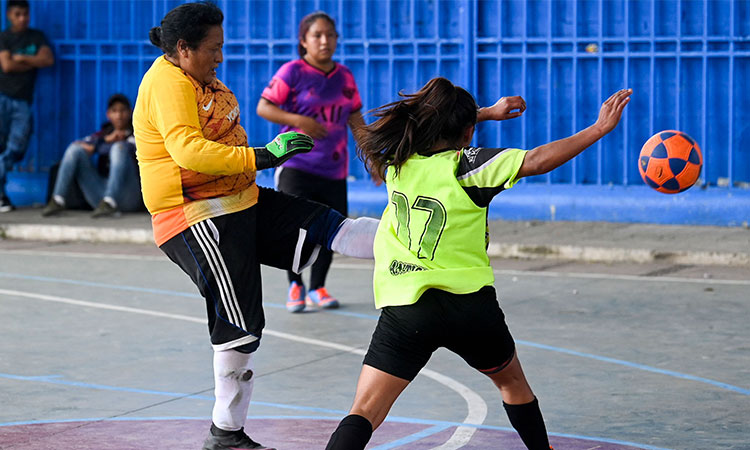 Her qualities have taken her to teams in the national women’s soccer league, one of the last being Panajachel.

‘Soul’ of the team

“Despite her age, she (Alma) still has that agility to jump, to mark the steps in the goal and cover the goal well,” said Leopoldo Xinic (56), a merchant who watches the game of the K’rioK’s against the New Force in the field of the central park of El Tejar.

“Let’s go patojas (girls)!” Alma encourages her teammates, while the fans applaud each save by the peculiar goalkeeper with wild black hair who wears a yellow sweatshirt and who found a refuge in soccer from multiple tragedies that hit her, such as the early death of her only two children. 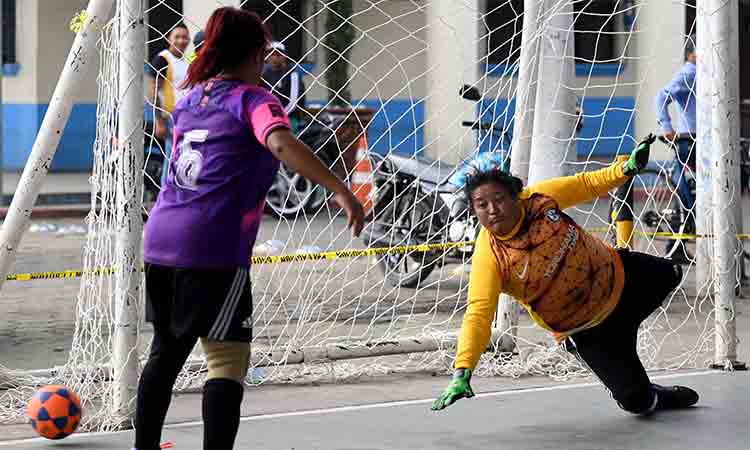 Soccer “helped me get out of a lot of things that were going through my mind,” said Alma, a single woman who makes a living selling toys at the local market.

For her family, the “flying grandmother,” as she is affectionately called by the people where she goes to play, has become an example of “strength and perseverance,” says Gloria Quisque (40), Alma’s sister.

“Look how old she is and she is still fighting and the truth is that it has not been easy, because it has been a process of pain because she has suffered a lot in life and soccer has helped her to get ahead,” adds Gloria, who acknowledges that her sister “broke the paradigm” that women could not play soccer.

Because of that, Alma states that she will catch every last breath of hers. “Possibly until I go into a box (coffin), I’m going to stop playing” soccer, she says.

In her room, on a second floor that has a view of the local stadium, Alma keeps on a table the trophies obtained in her career.

She is a loyal fan of Communications, one of the two most popular professional soccer teams in Guatemala. 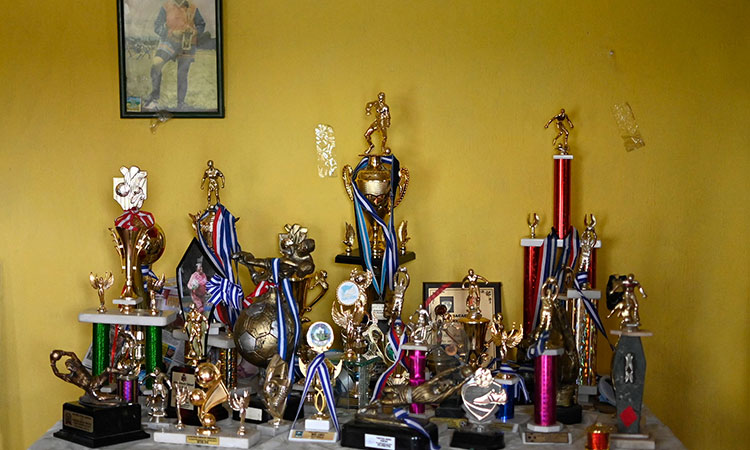 One of her dreams is to play at the Santiago Bernabéu stadium, home to Real Madrid, a team she is also a fan of. She also hopes to meet Casillas and Buffon one day.

“I would like to meet them because I have been a very fanatical person of sports and especially of goalkeepers. I have dedicated myself to watching their matches and from there I have learned a little,” says Alma.

Her court and business partners also admire her feats. “She is still doing things like she doesn’t look her age,” says Milvia Ventura, 35, owner and player of K’rioK’s. 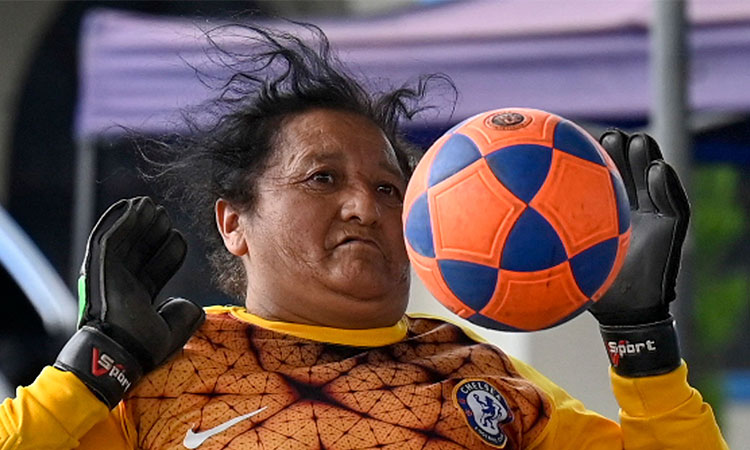 “I feel very proud that she is an athlete who gives herself on the court,” adds Aura López (65), Alma’s cousin and who “takes care” of her stall when the goalkeeper has to attend a game.