Melbourne Victory Afghan women team players in actions during their first match in a local league against ETA Buffalo SC in Melbourne on Sunday. AFP

Players from Afghanistan’s national women’s football team competed in a local league match in Australia on Sunday for the first time since fleeing the hardline Taliban.

The result was a scoreless draw after an Afghan goal was disallowed for being offside in a lower league amateur match in the eastern state of Victoria.

But for the Afghan women it was a powerful, symbolic victory as they returned to the pitch together after leaving their homeland to rebuild their lives in Australia. 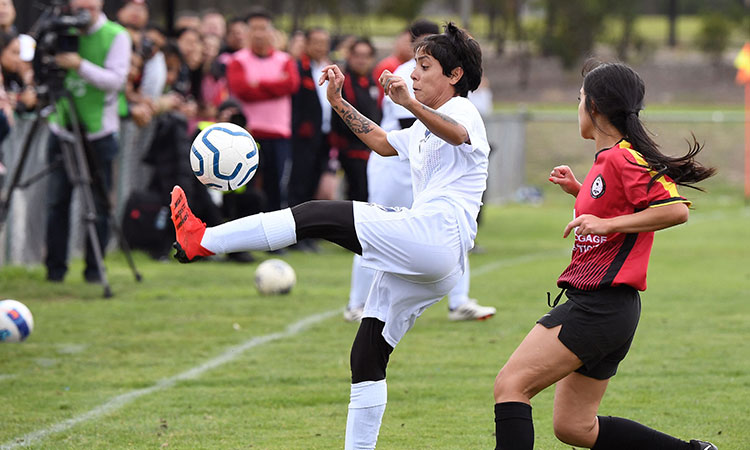 Afghan player Nilab (L) kicks the ball during the first in Melbourne. AFP

The game showed that the Taliban could not stop the players, said team captain Nilab, who like her teammates did not give a family name so as to protect relatives living in Afghanistan.

“We still continue our fight and our combat just to play for the Afghanistan people,” she said. “We fled the country but we are still thinking of our country and we are still working for our victory for our country.”

Australia helped dozens of Afghan national women’s team players and their relatives to escape when the Taliban swept back to power eight months ago.

The Taliban have since severely curtailed the freedoms of women, banning girls’ education and preventing women from even boarding planes without a male relative. As players fled to different countries, the women’s national team was fragmented.

But many settled in and around Melbourne, capital of the eastern state of Victoria, where professional A-League Women’s side Melbourne Victory helped them to return to the field. 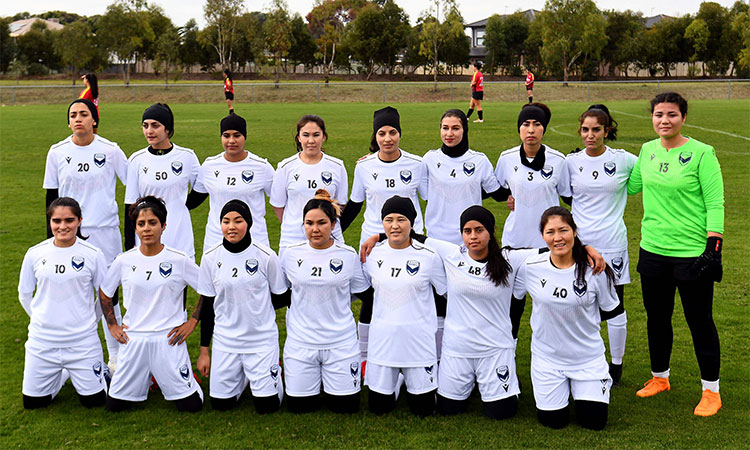 Members of the Melbourne Victory Afghan women team pose for a group photo before their first match. AFP

Goalkeeper Fatima said people who had seen social media images of Afghanistan after the Taliban’s return could understand something of the courage required by players to leave their homes.

“They can understand how hard and how challenging that was for all of us to be in that situation,” she told AFP. “Today, we are playing as a team and together and powerful. It’s incredible.”

Team coach Jeff Hopkins praised their performance against amateur Melbourne side ETA Buffalo SC — a club established in 1982 by friends who had migrated from East Timor — in the Football Victoria State League 4 West competition. 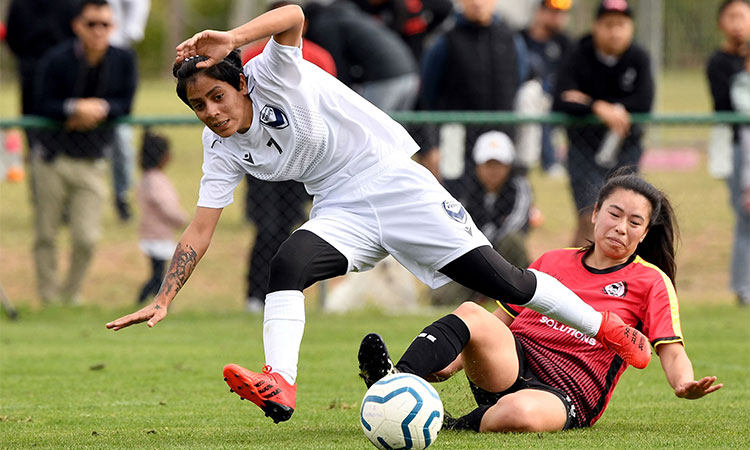 Nilab (L) is tackled during the match in Melbourne. AFP

“These young women, all they want to do is to be given the chance to just be treated equally, to be able to play the game they love,” Hopkins said. “That obviously wasn’t happening for them in Afghanistan — they were being persecuted for it,” he said.

A few days ahead of Sunday’s match, Melbourne Victory presented the Afghan Women’s Team with their new predominantly red kit, complete with shirts showing off the Afghan national flag.

The shirts are marked with numbers but no names for the safety of players’ families in Afghanistan.