Algerian players celebrate with the trophies after winning the Arab Cup in Qatar on Saturday. Reuters

Algeria will defend their Cup of Nations crown in Cameroon next month, having ended a 29-year wait for the trophy in 2019. The 16-team Arab Cup, organised by FIFA for the first time in the tournament’s history, was a dry run for the 2022 World Cup using six stadiums in Qatar. 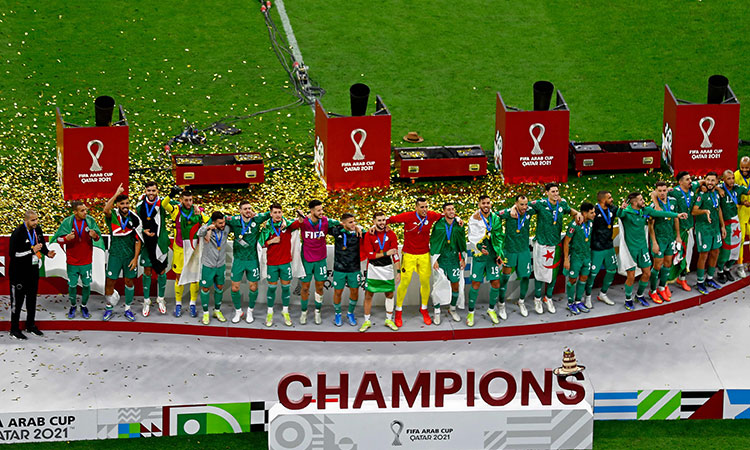 The hosts finished third after edging Egypt 5-4 on penalties earlier in the day following a goalless draw after 120 minutes. Meshaal Barsham saved two spot-kicks during the third-place playoff.

Both Qatar and Egypt saw their title campaign come to an end after losing their semi-final fixtures with Algeria ousting the hosts 2-1, while the Pharaohs were also left heartbroken after an own goal saw them lose 1-0 against Tunisia. 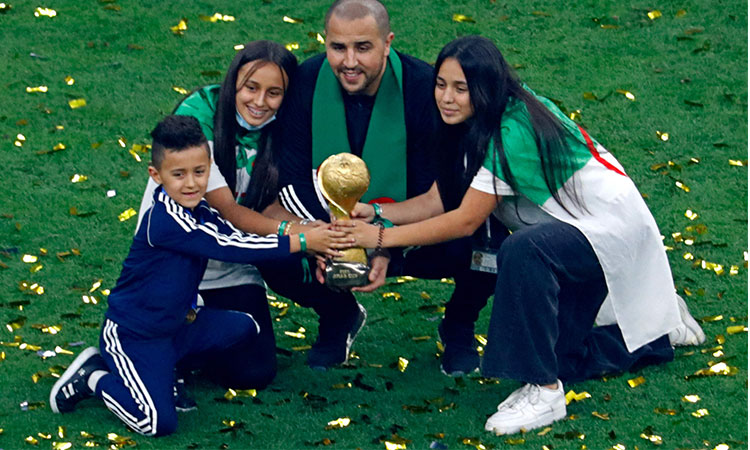 With both teams aiming to finish the tournament on a high note, it was Egypt who got the action going with Omar Kamal sending his effort wide in the fourth minute. Egypt continued to dominate and Hamdy Fathy almost found an opening in the 14th minute but his shot from distance failed to find the mark.

Qatar were also wasteful in front of goal at the quarter of an hour mark with Akram Afif’s shot from outside the box dealt by Egypt shotstopper Mohamed Elshenawy as the score remained 0-0 going into the break.

Neither side were able to break the deadlock in the second half with Qatar’s Almoez Ali and Afif coming close two minutes after the restart. Egypt also had their fair share of opportunities with Mohanad Lasheen and Sherif struggling to find the target as the match headed into extra time after it ended 0-0 after 90 minutes of action.