He died in a tragic traffic accident while he was on his way back home after playing a match against Congo in which he scored the third goal, according to local media.

Bin Hamouda lost control and smashed into a pole. His car caught fire. 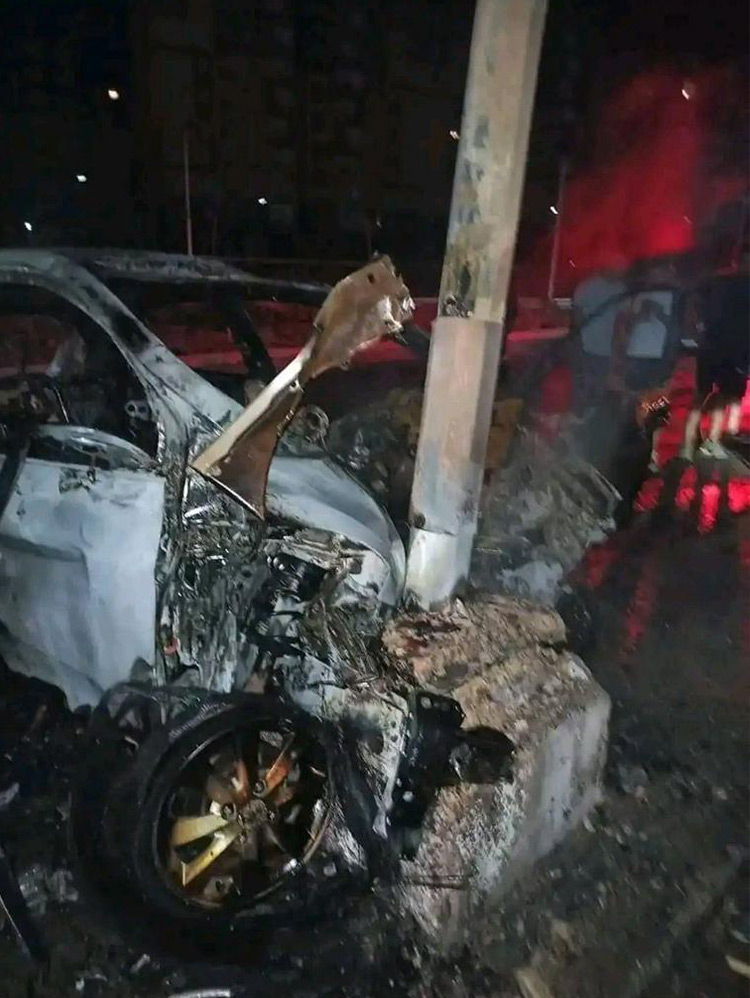 Bin Hamouda was an Algerian footballer who played as Attacking midfielder for USM Alger in the Algerian Ligue Professionnelle 1.

The 24-year-old is one of the most prominent players in the Federation and the National Championship during the past few years.

Bin Hamouda was born in Hadjout, Tipasa Province. His father Ali is a sports teacher and football coach and his older brother is also a football player. 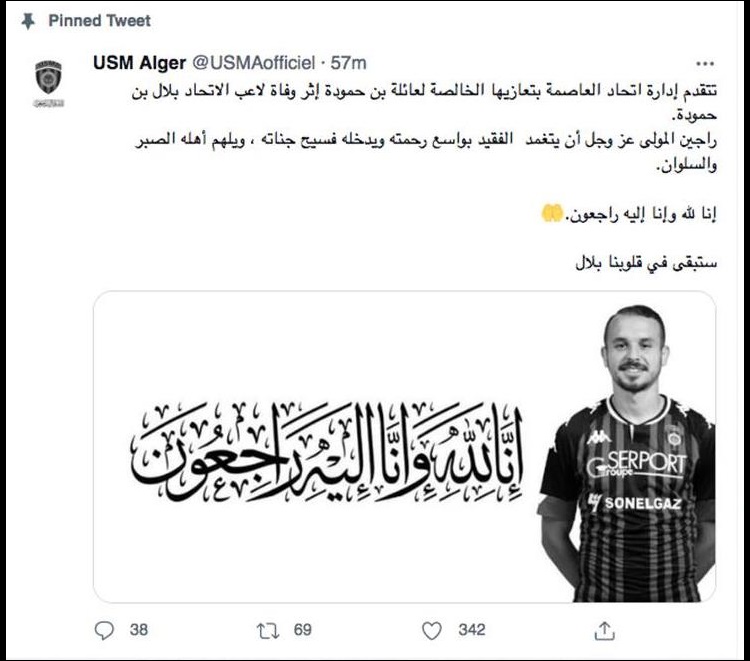 USM Alger said on Twitter, “The Capital Union administration extends sincere condolences to the Bin Hamouda family following his tragic death of their son Bilal. The administration asked Allah Almighty to bless the deceased with his mercy, place him in paradise and grant his family patience and solace.”

JS Kabylie said on Facebook, “The management of the JSK, very saddened by the tragic death of Belal Bin Hamouda, presents its sincere condolences to the family of the deceased as well as to the entire family of the USMA, assuring them of its deep compassion.
May the Almighty and Merciful God grant the deceased his holy mercy and welcome him to his vast paradise. To God we belong and to him we return.”

CR Belouizdad wrote on Facebook, “With great sadness and sorrow, the Belouizdad youth administration received the news of the death of the player of the Union of the Capital and the national team, Bilal bin Hamouda, who passed away following a tragic traffic accident.

We pray to God to forgive the deceased and cover him with his vast mercy, we belong to God and to Him We shall return.”