Fans cheer outside an immigration detention hotel where Novak Djokovic (inset) is confined in Melbourne, Australia, on Monday. AP / AFP

Novak Djokovic’s fight against deportation from Australia over his COVID-19 vaccination status has found support from anti-vaccine groups who have co-opted his battle to further their cause.

The men’s world number one tennis player, who had long declined to reveal his COVID-19 vaccination status before court documents showed he had not been immunised, won a stunning victory over the Australian government on Monday to overturn the cancellation of his visa.

The news was met with elation from groups and high-profile figures, who have sought to undermine COVID-19 vaccination efforts.

A message calling on people to rally outside Djokovic’s place of detention in Melbourne was posted in a Telegram group dedicated to organising protests that has more than 16,000 members. 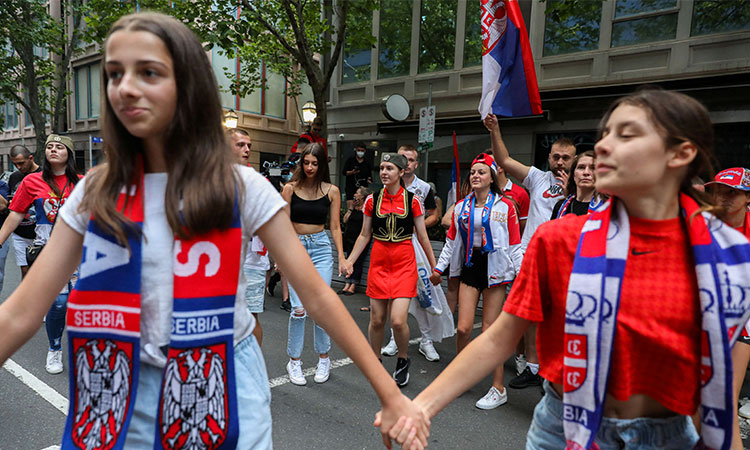 Supporters of Novak Djokobic rally on the street outside what is believed to be the location of his lawyer’s office in Melbourne. Reuters

Private messaging service Telegram has become a popular alternative for anti-vaccine groups as social media giants scrub misinformation from their platforms.
“Renew Novak’s visa. No vaccine passports. End medical segregation,” read one placard displayed by a demonstrator outside the detention centre that was circulated on Telegram groups.

Monday’s protest was livestreamed by Real Rukshan, who gained prominence after broadcasting anti-vaccine demonstrations in Melbourne, including a violent rally in September involving construction workers.

One anti-lockdown group, Reignite Democracy Australia, asked whether Djokovic was a “beacon of hope” in the fight against vaccines.

Other personalities who took on Djokovic’s cause include Craig Kelly, a vaccine-sceptic and politician who went on Telegram to “apologise” to the player on behalf of Australia.

On social media the hashtags #FreeNovak and #IStandWithNovak brought attention to Djokovic’s case, but also became a vector for vaccine misinformation and conspiracy theories. 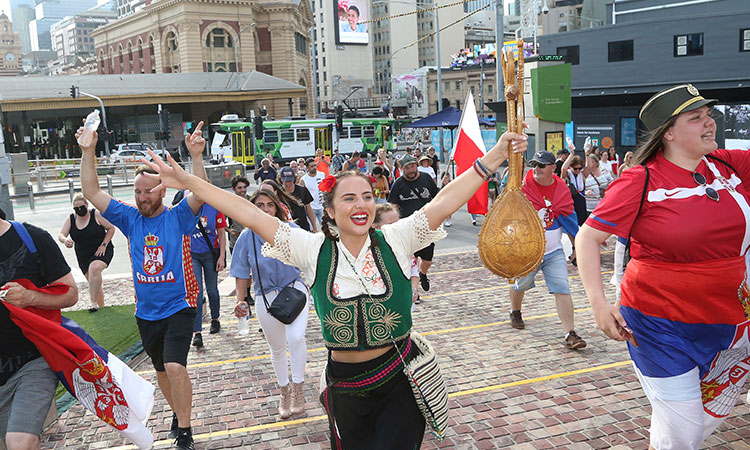 Fans of Novak react to news of his court win and march towards Federation Square ahead of the Australian Open in Melbourne. AP

Photos of Microsoft founder Bill Gates alongside tennis stars Rafael Nadal and Roger Federer were circulated to suggest the trio were part of a vaccine conspiracy.

People close to Djokovic have also shared unverified claims on Covid vaccines in the past. Jelena, Djokovic’s partner, had an Instagram post flagged as false information in April 2020 for claiming that 5G technology was the cause of the virus.