Lionel Messi is being greeted by Saudi artists in Jeddah.

The Argentine football star and the French club Paris Saint-Germain, Lionel Messi, expressed his gratitude for being selected as the Ambassador for Saudi tourism after a visit to the Red Sea area during the Jeddah season.

The Paris Saint-Germain star published pictures through his account on Instagram, and commented, “Discover the Red Sea in Saudi Arabia.”

Ahmed Al Khateeb, Minister of Tourism of Saudi Arabia announced that Messi has become an ambassador for Saudi tourism, noting that this visit is not the first for the Argentine star to the Kingdom, as he had previously visited during the activities of the Jeddah season. 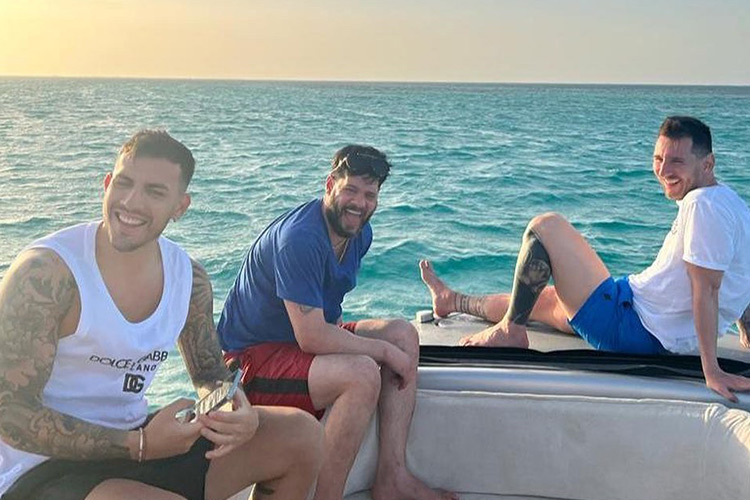 Lionel Messi shares a light moment with friends in the Red Sea.

The Argentine star was given a royal welcome on Monday during his arrival at Jeddah airport.

Al Khateeb said on Monday on his Twitter account, “I am pleased to welcome Lionel Messi to Saudi Arabia We are excited for you to explore the treasures of the Red Sea, the Jeddah Season and our ancient history.
This is not his first visit to the Kingdom and it will not be the last! @VisitSaudiNow…” 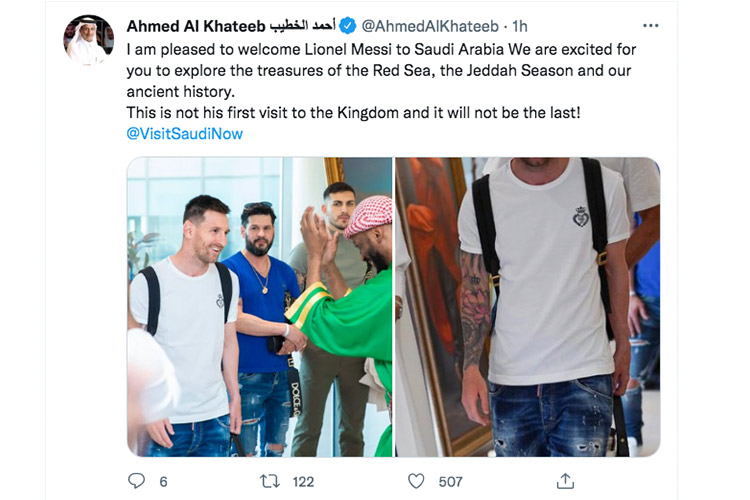 Jeddah Season is an Art and Culture event that continues for 60 days, displaying more than 2,800 events, 60 entertainment games, 20 concerts, 4 international exhibitions across the city of Jeddah.

Earlier this week, Messi has lost the opportunity to be in the shortlist for the “Best Player of the Season” award for the first time in 13 years, after the list was revealed in the French League season (Ligue 1). 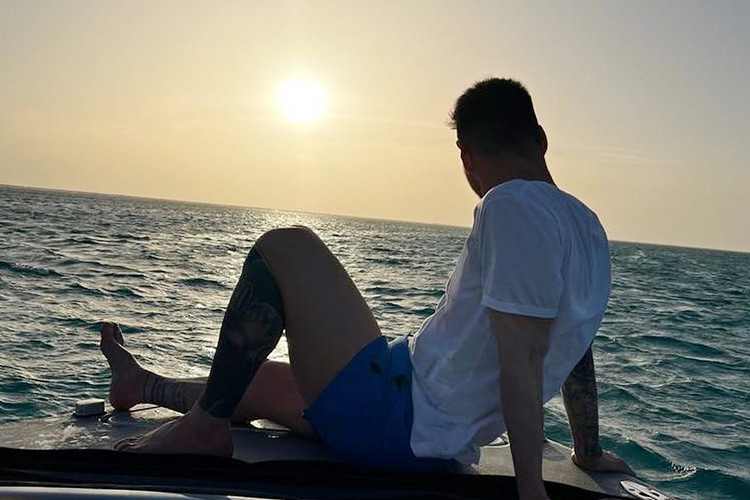 Lionel Messi enjoys the sun in the Red Sea.

Messi’s absence from the nominees for the award did not come as a shock, as he did not score, who won the award in Spain when he was in Barcelona 9 times out of 13 starting from the 2008-2009 season, only 4 goals in the French League.

In Barcelona, Messi won the title of best striker 11 times, and only Portuguese star Cristiano Ronaldo in the 2013-2014 season and French star Karim Benzema in the 2019-2020 season denied him, but Messi nevertheless remained in the short list of candidates, and he only came out of it in France.

All the questions about how Messi is adapting to a different league are still being asked.
Nevertheless, it was easy to see why so many of them were batted away when you consider Messi was fresh from winning a record seventh Ballon d’Or and inspiring Argentina to Copa America glory.