Pakistan’s Asif Ali and Afghanistan’s Fareed Ahmad were involved in a heated altercation during their Super 4 clash in Asia Cup 2022 here on Wednesday.

The incident happened when Fareed dismissed Asif just after being hit for a six in the 19th over. 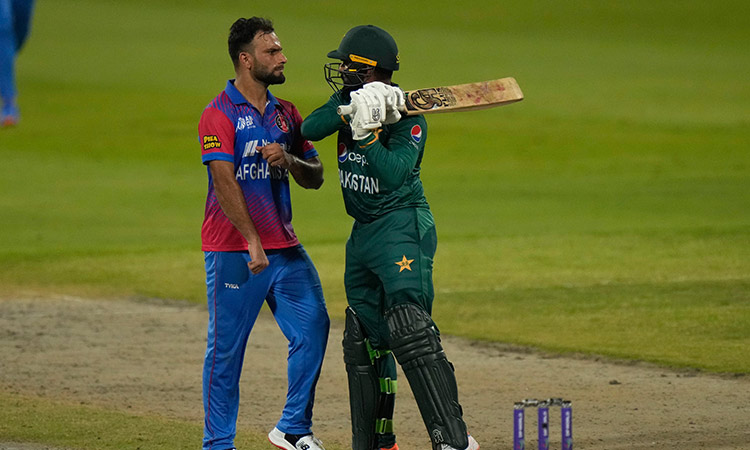 Fareed celebrated in an animated manner right in front of Asif, who in return pushed the bowler back and when countered again by the bowler, he almost hit him with the bat before the other Afghanistan fielders came and took the Pakistan’s cricketer away.

In the last over, Naseem Shah smashed two back to back sixes to seal the game for Pakistan and take his team to the final of the multi-nation tournament.