Axar Patel’s career-best 35-ball 64 not out lifted India to a series-clinching two-wicket win with two balls to spare over the West Indies at Queen’s Park Oval in Trinidad on Sunday.

Earlier, the West Indies won the toss and chose to bat first at Queen’s Park Oval, reaching 311-6 thanks to Hope’s 135-ball 115 — with eight fours and three sixes — and 74 from captain Nicholas Pooran, who clouted six sixes. India chased down the imposing target, scoring 312-8 in 49.4 overs.

Chasing a mammoth 312 for victory is always an uphill task and India were in a sport of bother when they required 100 from the last 10 overs with Axar and Deepak Hooda at the crease and just five wickets remaining on Sunday night. 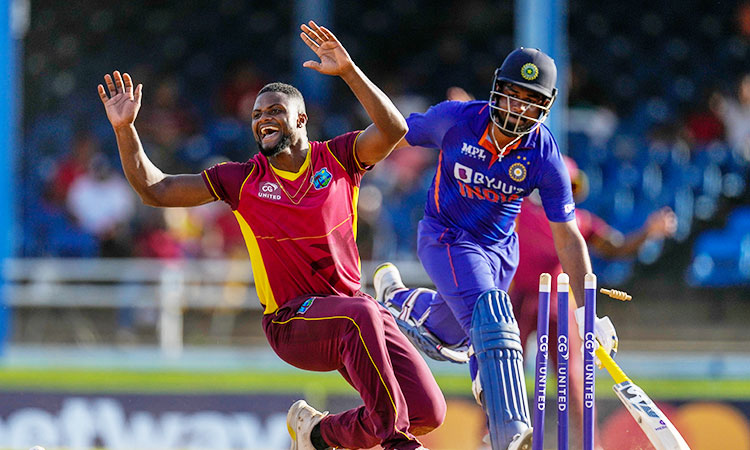 But the two combined patience with pluck and found the boundaries when needed to chase down the target with just two balls remaining. With Hooda departing for 33 in the 45th over, it was left to Patel to complete the task as the all-rounder hit five sixes and three boundaries in his 35-ball 64 to complete the job.

India started the last over needing eight runs for victory but with only two wickets left. Medium pacer Kyle Mayers (2-48) bowled the over and only two runs came off his first three deliveries, leaving India still requiring six runs off three balls. Patel only need the one, smashing Mayers’ fourth delivery for six.

The series-concluding ODI is on Wednesday.

Babar Azam overtakes Virat Kohli for most number of days as No.1 in T20s