Shahid Afridi promised his fans that he will go undergo rehabilitation and will return to playing in various leagues around the world.

Veteran all-rounder Shahid Afridi has pulled out of the Pakistan Super League (PSL) due to chronic back pain.

The 41-year-old Afridi was in visible pain at times but took three wickets in three PSL games for Quetta Gladiators, including the most expensive figures in the history of the PSL when he took 1-67 against two-time champion Islamabad United.

“I was trying to sign off the PSL on a good note (despite) my lower-back injury that has been there for the last 15-16 years and I have been playing with it,” Afridi said in a video message on Sunday.

“But now it (the pain) has become so much that it has affected my groin, my knee and it goes down to extreme pain in my toes.”

Afridi made an impression with his leg-spin bowling and sharp fielding when he took two wickets against Islamabad on Saturday and ran out Azam Khan off a directthrow. 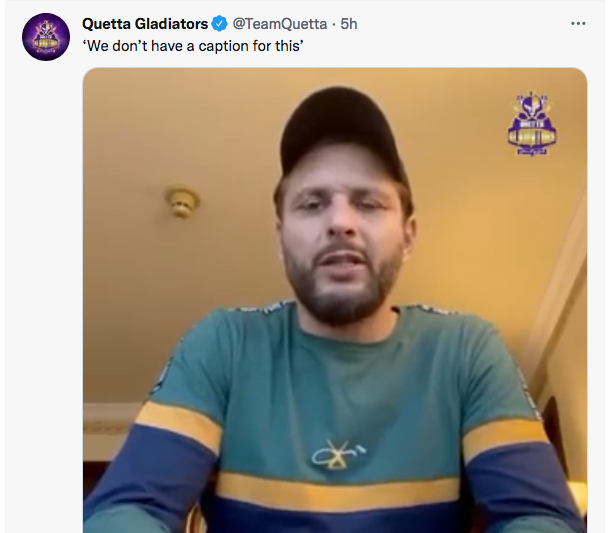 “I tried to cope with it but can’t tolerate the pain anymore. After all, when you have good health, you have the world with you,” he added.

Quetta Gladiators is Afridi’s fourth PSL franchise. He has also represented Multan Sultans, Karachi Kings and Peshawar Zalmi during his 53-match stint in the PSL.

Afridi promised his fans that he will go undergo rehabilitation and will return to playing in various leagues around the world.