One of the highlights of the ninth season of the Nad Al Sheba Sports Tournament, the event attracted top cyclists.

It was a battle between Benouzeh and Algeria’s cyclist, Abderrahmane Mansouri, during the race. They both overtook each other and exchanged leads, but finally Benouzeh took the victory after finishing just a few seconds ahead of Mansouri in a nail-biting clash.

In the women’s senior and resident category, America’s Natis Linton won first place after finishing in 0:47:21.03, followed by the Netherlands’ Johanna H. Opecn in second place with a time of 1:33:02.40. Maria Corazon Assis from the Philippines took third spot with a time of 1:41:59.13. 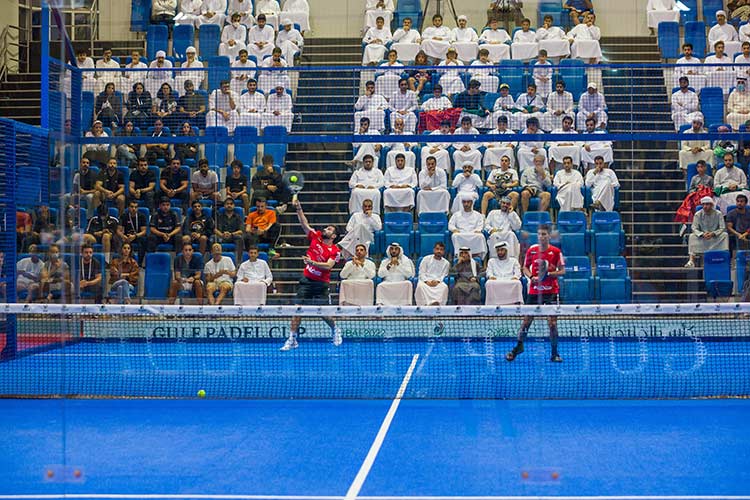 In the People of Determination’s hand bike category race, Emirati Ayed Ali Al Ahbabi won first place after finishing the race in a time of 0:27:18.93. Another Emirati, Badr Abbas, took the second spot with a time of 0:27:19.18, while Abdullah Younis Abdullah settled for third in 0:27:21.15.

Meanwhile, the UAE defeated Kuwait 3-0 to advance to the semi-finals of the Gulf Padel Cup.

In another match, Qatar defeated Bahrain 3-0. The organising committee of the Nad Al Sheba Sports Tournament has added a Gulf Padel Cup — a GCC Men’s Team Championship — to this year’s event for the first time.