Haddad Maia (L) reacts during her win over Iga Swiatek in Toronto on Thursday. AFP

The 26-year-old Haddad Maia beat a top-ranked player for the first time to become the first Brazilian woman to advance to the quarterfinal of a WTA 1000 tournament.

A back-to-back champion on the grass in Nottingham and Birmingham, she came to Toronto at a career-high 24th in the world.

“I had a lot of tough moments in my career,” Haddad Maia said. “I have already had four surgeries and I’m only 26 years old. So when I have special moments I try to enjoy. ” Swiatek had nine double faults to one for Haddad Maia.

“Right now it’s hard to say if it was more her game or the wind that really messed up my first set,” Swiatek said. “I think she just used the conditions better than me. “When she was playing with the wind she was playing really strong balls and sometimes I was late for them.” 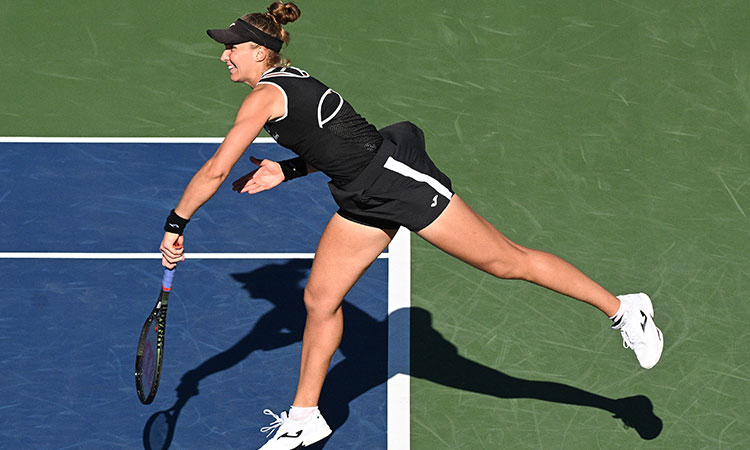 Haddad Maia will face the winner of the late match between Belinda Bencic and Garbine Muguruza.

Both players struggled with the wind at Sobeys Stadium, with Sabalenka committing 18 double faults and Gauff 15. Sabalenka, from Belarus, had 42 unforced errors, 10 more than her American opponent.