Cameroon and Serbia both lost opening matches to set up a pivotal Group G match at the Al Janoub Stadium, Qatar, on Monday (kick-off 1000 GMT).

Cameroon goalkeeper Andre Onana has been dropped for Monday’s crucial World Cup clash with Serbia, who welcome back Filip Kostic to their starting line-up.

A football federation source told AFP hours before kick-off at Al Janoub stadium that Inter Milan ‘keeper Onana had been left out of the Group G fixture for unspecified disciplinary reasons, and the 26-year-old doesn’t even have a spot on the bench.

Onana, who has 34 caps for his country and played in Cameroon’s opening 1-0 defeat to Switzerland last week, has been replaced by Devis Epassy who plays for Abha in Saudi Arabia. 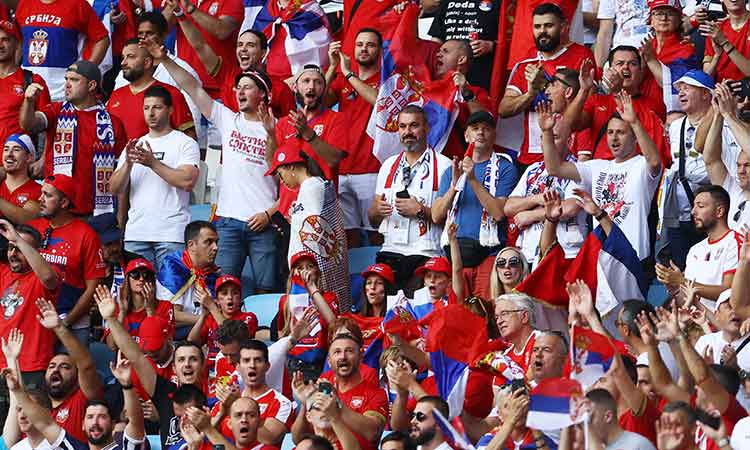 Serbia fans inside the stadium before the match. Reuters

He signed for Serie A team Inter as a free agent in the summer after not playing much for Ajax following his nine-month doping ban last year.

Cameroon will be eliminated from the World Cup with one game to spare if they lose and Brazil avoid defeat against the Swiss later on Monday.

Coach Rigobert Song has made one other change to the team which lost to Switzerland, bringing in Pierre Kunde in midfield in place of Samuel Oum Gouet.

Kostic returns for Serbia after missing their 2-0 humbling at the hands of Brazil, the Juventus winger replacing Filip Mladenovic on the left flank.

His club teammate Dusan Vlahovic again starts from the bench as Fulham forward Aleksandar Mitrovic lines up as a lone striker in front of captain Dusan Tadic and Sergej Milinkovic-Savic. 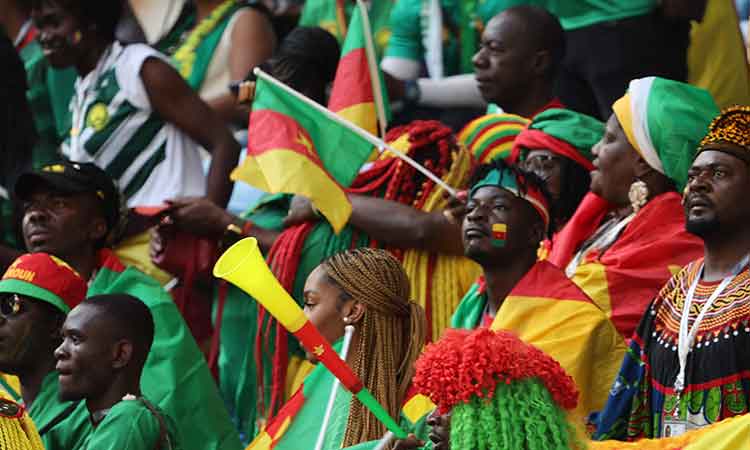 Serbia were seen as a potential dark horse ahead of the World Cup but their adventure will be over if they lose and Brazil don’t beat Switzerland.

Starting Line-ups for the match: