Charting out plans for the New Year, retired Colonel Abdul Karim Mohamed Saeed, chairman of the IFBB International Academy for Bodybuilding and Fitness in Dubai and the Middle East, promises an increase in steps to promote bodybuilding in the UAE.

Retired Colonel Abdul described the accomplishments made in 2022 and the year prior as significant steps forward in the development of fitness and bodybuilding.

The chairman of the IFBB made the statement during the launch of the activities of the year 2023, which coincided with the training programme of the level 1 course for bodybuilders and fitness trainers at the Coral Dubai Deira Hotel.

Colonel Abdul emphasized that the quality of the lectures given in the most recent period in the practical and theoretical parts of the courses has boosted participants’ confidence, whether they are new to the sport or veterans, and guided them to exercise properly.

Both the physical and health-related facets of sport have benefited from this. 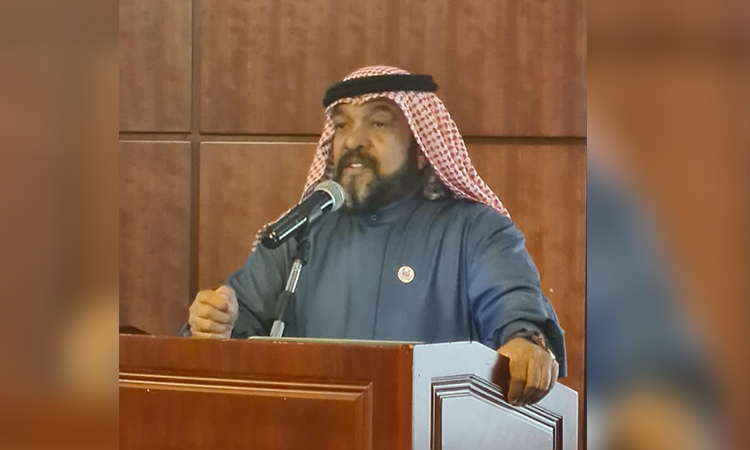 “The courses offered by the academy have inspired athletes, whether new to the sport or seasoned veterans, to exercise correctly, and coaches’ confidence has been boosted. This has helped advance both the physical and health-related aspects of sport,” he added.

He urged the athletes to take advantage of the courses to develop the scientific and health sides according to the most scientific methods.

“I would like to thank Dr. Santonja for his inspiring vision and continuous support of the IFBB International Academy for Bodybuilding and Fitness in Dubai,” Retired Colonel Abdul Karim said.

Engineer Walid Abdul Karim Muhammad Saeed, general manager of the IFBB International Academy for Bodybuilding and Fitness in Dubai, revealed that the academy will host 29 courses and training workshops for different levels in 2023 after being approved by the academy’s board of directors based on results from the previous year.

Highlighting the fact that the academy will provide new courses in line with the strategic plan of the International Fitness and Bodybuilding Federation, Engineer Walid stressed that these courses focus on enhancing the practical aspect of the need for coaches and athletes in this area.